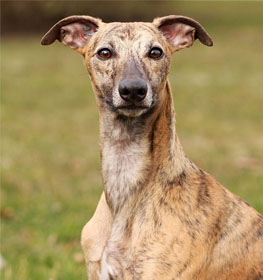 Collection of all the general dog breed info about Whippet so you can get to know the breed more.

The origin of the breed is surrounded by many stories and theories. For many years there have been arguments about whether the Whippets are two hundred years old or much older. For a long time, the most popular theory suggested that the breed actually dates back to ancient Rome and Egypt because they have found evidence in painting, statues, pottery, and artifacts that show the existence of a small type of Greyhound, with the Whippet’s rose-shaped ears. The British Museum actually possesses a painting, which is from the mid-14th century that represents a dog that looks just like the Whippet.

On the other hand, some people rely on another theory which suggests that the Whippet developed during the 18th century in Northern England probably by crossing Greyhounds with the long-legged Terriers. The Whippet was generally used to describe a small quick moving dog that was only recognized as a separate breed in the late 19th century by the Kennel Club. Furthermore, The Whippet Club was also formed in 1899.

The breed became extremely popular with the working class, coal miners, and tenant farmers, who spent their free time seeing whose dog could hunt more rabbits and rats or could perform better in games, which became known as “Snap-dog coursing”. A number of Whippets were placed in the same enclosure and the dog that snapped up the most rabbits was the winner, then the owner collected on the bets. Afterward, human societies worked very hard to get these contests outlawed and eventually were successful. However after this game was banned because of its cruelty, the Whippet became known as the ‘poor man’s racehorse’. As there was a need for entertainment for the working class, they figured that their dogs would eagerly chase a waving rag which became known as ‘rag racing’. This way many families earned extra money. Until the First World War, this sport was the most popular, even more, famous than greyhound racing.

Several authors mentioned this breed in their writings such as, F.C. Hignett who published his book, ‘New Book of the Dog’, and stated that “the Whippet existed as a separate breed long before dog shows were thought of, and at a time when records of pedigrees were not officially preserved”. Moreover, another author, Mr. Frederick Freeman Lloyd, actually wrote a book about the Whippet, called ‘The Whippet and Race Dog’ published in 1894 before the breed was even fully recognized.

Moreover, it is thought that the name Whippet may have its origins in the words “whip it”, which in English slang means to move quickly. However, its name’s origin is still unknown but people have tried to guess its meaning as it does not necessarily mean what it does today. For example, The Oxford Dictionary of English defines a Whippet in 1550 as “a lively young woman”. By 1610 the word became used for “a small breed of dog” and as late as 1841, the Whippet was described as “a dog betwixt a greyhound and a spaniel”.

Overall, the Whippet is an amazing athlete, covering 200 yards in 12 seconds, and they require outdoor time as they will be overactive inside the house if their exercise needs are not met.

Photo Gallery of the Whippet Breed 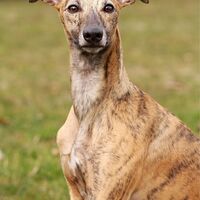 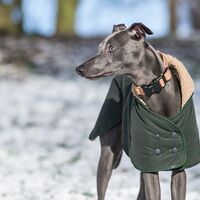 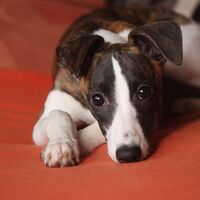 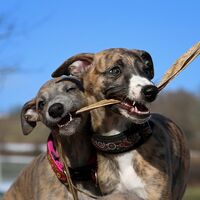 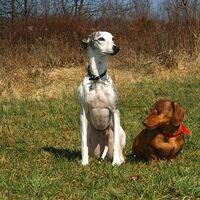 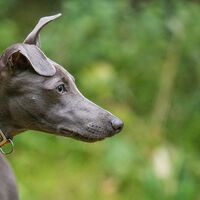 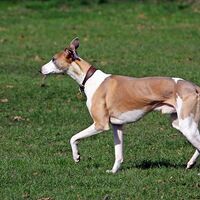 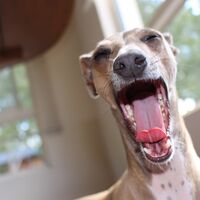 All data & function free to all dog fan. Please support Dogell so that we can maintain and develop this site.
Sharing is caring.
Help our free service by spreading information about dog breeds.
Link to this: Whippet Breed Information
<a href="https://dogell.com/en/dog-breed/whippet">Whippet Breed Information</a>
Despite the best intentions, there may be errors. If you find one, please let us know and we will fix it as soon as possible. Contact us here.