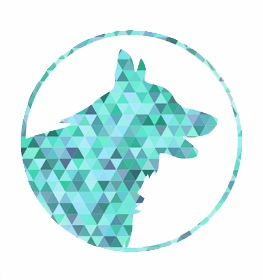 Collection of all the general dog breed info about Afghan Shepherd so you can get to know the breed more.

The Afghan Shepherd is also known as Sage Kuchi/Koochee or Kuchi Dog, which comes from the Afghan word for ‘nomad’. The breed was named after the Afghan Kochi people who are thought to have discovered these Molosser-type dogs. Moreover, the Afghan Shepherd is thought to have been developed by these nomad people of Afghanistan as a working breed, given the task of guarding the caravans and livestock against predators and thieves.

Furthermore, according to experts, there is very little known and written about the Afghan Shepherd. The date of origin is unknown and their ancestry is still somewhat of a mystery. This makes historians believe that they are a primitive breed that has been hidden from the world while traveling with their masters through Pakistan and Afghanistan. They are also considered Molosser-type dogs and are genetically close to the Central Asian Ovacharka.

Some experts even claim that the breed is simply a variation of the Central Asian Ovcharka.

Moreover, these dogs were bred for their characteristics rather than how they looked which is why they are not recognized as an official breed by any kennel club in the West. It is also important to highlight that these nomads needed a dog that could adapt to all climates and conditions very quickly, as they were traveling across mountain ranges, through deserts in blistering heat during the day, and freezing cold at night. They also needed a dog who could pretty much fend for himself as they didn’t have time to train the dog, feed him, or wait for him if he fell behind or became ill. The Afghan Shepherd became the perfect dog for the job. The breed knew when to preserve his energy to keep up with the camels and it was strong and fearless enough to fight off intruders including wolves, mountain lions, bears, and tigers. The breed has been protecting the Afghan nomads and their livestock for centuries and because of this, it is not suitable for usual life in a Western home.

The breed has three different classifications: the Mountain type, the Steppe type, and the Desert type. Some breed enthusiasts have even classified them further into either tiger type or lion type. All varieties have the same basic, sturdy, large-boned structure with a massive head. They all have dark eyes and black noses, although self-colored noses are acceptable in lighter-colored dogs. Their ears are generally cropped close to their head and their tails are also docked. The mountain types are bigger-boned than the other two varieties, and also have longer, thicker coats. The mountain type is able to move quickly over uneven terrain but is slowing moving over flat land. The steppe type of Kuchi has a lighter bone structure and is able to move fast over flatlands. They have a medium to long coat that is somewhat dense, but not as dense as the mountain type. Lastly, the desert type has a short coat that becomes dense with a woolen undercoat during colder seasons. These dogs also have a heavier bone structure than the steppe type. All three versions come in several different colors including, black, red, fawn, and grey.

Many enthusiasts of the breed are beginning to promote responsible breeding practices and developed an acceptable breed standard. There is a higher population of the Afghan Shepherd in Pakistan and Afghanistan but the breed is still considered rare everywhere else in the world.