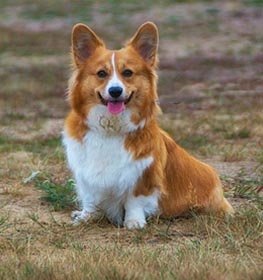 Collection of all the general dog breed info about Pembroke Welsh Corgi so you can get to know the breed more.

The Pembroke Welsh Corgi’s origin can be traced back to 1107 A.D. Initially originating from Pembrokeshire, Wales. The Corgi is an enchanting breed whose background was deeply steeped into folklore. The Pembroke Welsh Corgi sprang from the lairs of fairies and elves, according to Welsh legends. The legend says that one day, two children found a couple of puppies while out in the fields tending their family's cattle. The younglings at first assumed that the animals were foxes, yet they recognized some distinguishing marks, so they bundled them up and took the puppies home. Their parents immediately saw that the puppies were dogs, not foxes, and they told their children that the puppies were a gift from the fairies and elves living nearby. The fairies used the puppies to help them pull the carriages and the elves used to ride into battle with them. The parents pointed out, to buttress up their arguments, that the dogs have colored marks on their backs where the fairy saddles had been placed. The children happily accepted the fairy tale and cherished their puppies from that point on. As they grew up taking care of the family’s cattle with the dogs, they also became treasured companions and learned how to help around the cattle.

From a more realistic historical opinion, there are historians saying that the Pembroke Welsh Corgi is descended from a Swedish cattle dog, the Vallhounds, that were brought to Wales by the Vikings at the beginning of the 9th and 10th century. The kings of Europe, in medieval times usually advertised their majesty to their visiting emissaries by the richness of their possessions. Carpets, textiles, and dog breeds were especially important factors in these displays of conspicuous consumption. In the 12th century, the best weavers were centered in northern Belgium, in Flanders, as it was called back then. It was common for monarchs to stage talent raids to induce Flemish weavers to relocate to their kingdoms. Henry I. of England, in 1107, invited a community of these master craftsmen to work in southwestern Wales. The weavers accepted Henry’s invitation, and with other indispensable agrarian appliances, they also brought dogs that were bred to herd cattle and sheep. These sturdy, little, short-legged herders were the foundation for the modern breed we know today as the Pembroke Welsh Corgi. Either way, the Pembroke Welsh Corgi has a rather misty historical pedigree.

Since the late 1800s, Pembroke has been a distinctly separated breed from his cousin the Cardigan Welsh Corgi. There are two really noticeable characteristics that differentiate the two breeds, one is their ears, and the other is their tails. The Pembroke’s ears are pointed and erect, while the Cardi’s are rounded, and Pembroke’s tail is much shorter than the Cardi’s.

The UK Kennel Club recognized Corgis as purebred dogs in the 1920s when they were officially known as Welsh Corgis. The AKC (American Kennel Club) recognized the breed officially in 1934, two years later the Pembroke Welsh Corgi Club of America was founded.

In the United States of America, today the breed is among the 50 most popular family pets. They are also really popular in the United Kingdom, where Her Majesty, Queen Elizabeth II of England received her first Corgi named “Dookie” from her father King George VI back in 1933. Since then, the Queen is a fancier of and committed to the breed and has a pack of them running around Buckingham Palace.

How old is my Pembroke Welsh Corgi in human years?

Sharing is caring.
Help our free service by spreading information about dog breeds.
Link to this: Pembroke Welsh Corgi Breed Information
<a href="https://dogell.com/en/dog-breed/pembroke-welsh-corgi">Pembroke Welsh Corgi Breed Information</a>
Despite the best intentions, there may be errors. If you find one, please let us know and we will fix it as soon as possible. Contact us here. 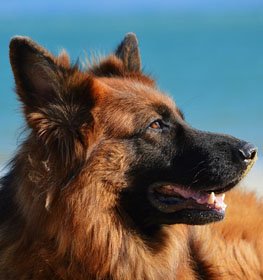 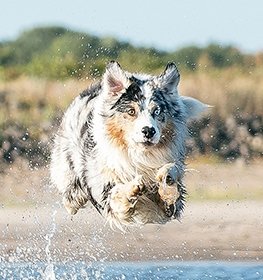 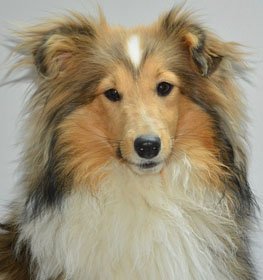 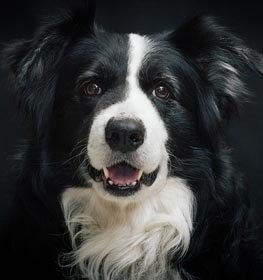