Collection of all the general dog breed info about Beagle so you can get to know the breed more.

Photo Gallery of the Beagle Breed 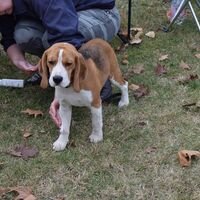 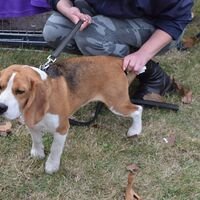 Beagle As a Working Dog

Although there is no reliable documentation about the early ancestry of the Beagle, the theory that most people agreed on is that we have to look back to the 5th century. There are accounts of dogs of similar size and purpose to the modern Beagle which can be traced back to Ancient Greece. In the 8th century, records document an early scent hound (a hound dog used for hunting) known as the St. Hubert Hound, from which a newer breed was created, the Talbot Hound. In the 11th century, William the Conqueror brought the Talbot Hound to England and it is believed that it was bred with a Greyhound to increase their running speed as before it was known for being a rather slow runner. Once this new breed was developed, it was called the Southern Hound which is thought to be an ancestor of today’s Beagle. However, during medieval times, the word “beagle” meant any dog was a hound dog. The earliest dogs that were referred to as “Beagles” were small dogs called “Pocket Beagles” because they were literally small enough (around 20cm) to fit into the pockets of the hunters. During hunting, they were let loose into places where the larger dogs could not easily get through. Several authors mentioned before that King Henry VII and Queen Elizabeth I were both known for their love of this miniature breed. However larger dogs became the preferred train companions which led to the line of miniature beagles being overlooked and becoming extinct in 1901.

By the beginning of the 18th century, two types of breeds developed for hunting hare and rabbits. One was the North Country Beagle (or Northern Hound) and the other the Southern Hound. Eventually, when fox hunting became popular, the two breeds were crossed with the Foxhound to create the perfect hunting dog. In the mid-18th century, it is believed that Reverend Phillip Honeywood of Great Britain established a breeding program that became the basis for the modern Beagle breed. Honeywood’s Beagles were still different from today’s Beagles, they were smaller and had a pure white coat.

Moreover, there were people still wanting to create a better breed which led to Thomas Jonson who wanted to produce dogs that had a great appearance and were also great hunters. He developed two different breeds; one with a rough coat of fur and one with a smooth coat.

The 1840s brought the development of the standard Beagle type and also the distinction of different Beagle varieties: Medium Beagle, Lapdog Beagle, Fox Beagle, and the rough-coated/terrier Beagle. In 1887, there were only 18 packs documented in England but Beagle lovers were determined not to allow the breed to become extinct. In 1890 the Beagle Club was formed and a year later the Association of Masters of Harriers and Beagles was also created. Both organizations helped to produce one standard type of Beagle and by 1902 the number of packs increased from 18 to 44. From then on, the popularity of the breed grew and there were even cartoons made about this type of dog (Snoppy from Peanuts). Even President Lyndon Baines Johnson owned several Beagles while being in the White House.

We do not know the exact origin of its name but it has been suggested that the word “Beagle” comes from the French “begueule” or from the German word “begele”. I guess we’ll never know.

How old is my Beagle in human years?

Sharing is caring.
Help our free service by spreading information about dog breeds.
Link to this: Beagle Breed Information
<a href="https://dogell.com/en/dog-breed/beagle">Beagle Breed Information</a>
Despite the best intentions, there may be errors. If you find one, please let us know and we will fix it as soon as possible. Contact us here. 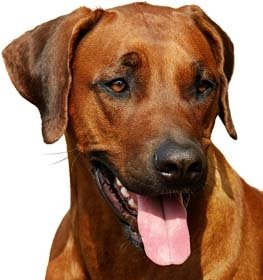