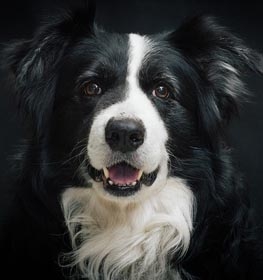 Collection of all the general dog breed info about Border Collie so you can get to know the breed more. 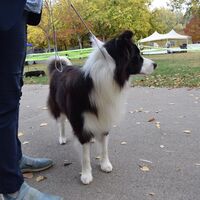 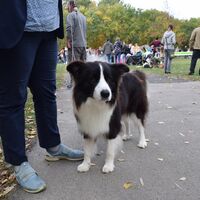 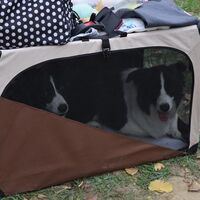 Border Collie As a Working Dog

The Border Collie is one of the best and most popular herding breeds, crouching, creeping, and then erupting into a focused burst of energy. These dogs have been around for almost 130 years in their current form. Their forebears, on the other hand, maybe traced all the way back to the first livestock management collaboration between humans and dogs.

The working collie has established itself as the most valuable asset a flock owner may have in the border territory between Scotland and England. The large flocks of sheep could not have been managed without the persistent labor of such a dog.

In her book "Border Collies," Iris Combe claims that "collie" was the country term for anything beneficial in old Gaelic, and that a "collie dog" was a useful dog. The "Border Collie" was given to this breed because it thrived in the border region.

The origins of the breed are disputed, but they are most likely traceable back to the Romans, who brought their drover dogs with them two thousand years ago, and the Vikings, who invaded this region of England about 1200 years ago and brought their Spitz-type dogs with them.

Old Hemp, a rough coat tri-color dog developed by Adam Telfer in 1893 from a strong-eyed, reticent mother (dam) and a loose-eyed but the good-natured father (sire), moved sheep intensely but quietly, in contrast to the louder sheepdogs of the day, and was significantly more mild-mannered (biddable).

As a result, Old Hemp was extensively bred, siring over 200 pups, and all present Border Collies can be traced back to. He is regarded as the breed's founding "sire."

James Reid, secretary of the newly formed International Sheep Dog Society (ISDS), coined the term "Border Collie" in 1915 to define the breed and distinguish it from other collie breeds.

Old Hemp was posthumously registered as ISDS 9 by the ISDS, which established the first Border Collie registration.

Developments in the 19th, 20th century

Many herding trials (including the first recorded trial in 1873) included a "type" competition after the dogs completed the course as the Border Collie emerged as a working breed in the later half of the nineteenth century.

The "type" competition was essentially a dog show, as we know it now. Physical characteristics of the canines were assessed in order to discover which ones were most suited for sheepherding.

Above all, the farmers and shepherds who took part in the early trials and type competitions were stockmen. As stockmen, they were used to comparing an animal's physical structure to a standard depending on the animal's intended use, whether it was for wool production, meat marketing, or working stock.

The Border Collie breed is becoming increasingly popular among those who are not involved in farming or livestock as well.

When properly trained and cared for, the characteristics that make this breed a wonderful herding dog also make it a great family dog. The Border Collie is a smart, hardworking, lively, nimble, affectionate, and athletic dog.

To this day, an increasing number of border collies are being adopted from farms and placed in loving homes.

While many border collies are still working today, they are more frequently family house pets nowadays.

How old is my Border Collie in human years?