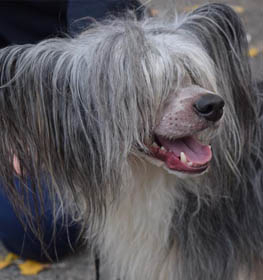 Collection of all the general dog breed info about Chinese Crested so you can get to know the breed more. 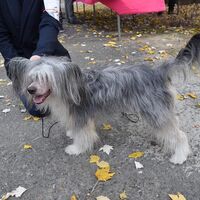 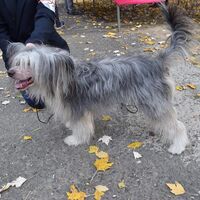 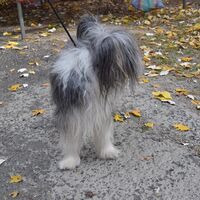 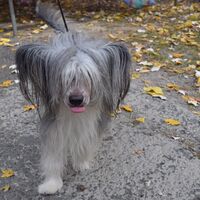 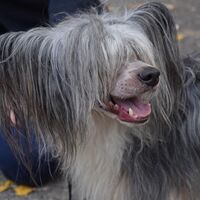 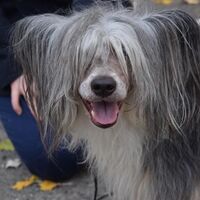 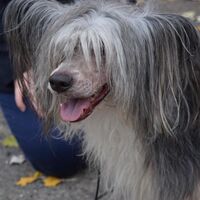 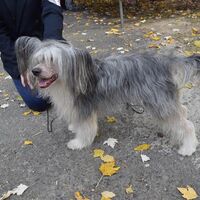 Chinese Crested As a Working Dog

The exact origin of this exotic-looking small dog is not proven, but the breed is certainly not from China. In fact, unlike what the name would indicate, the Chinese Crested Dog is believed to have evolved from the African or Mexican hairless dog breed, their size was reduced by the Chinese. The Chinese Crested was discovered by Chinese sailors and merchants when they were traveling to African ports. In the 16th century, they were accompanied by these dogs. The sailors saw the advantages of a small hairless dog that is largely unaffected by fleas. These dogs were able to manage the vermin population, which was a non-negligible factor because of the diseases caused by parasites. The Chinese grew to prize this small breed and brought them back to China where they continued to be bred for their excellent ratting abilities though with a greater emphasis on temperament and size. Chinese believed that these dogs had magical healing powers, they gave their body’s heat directly. Their outflowing strong energy affected the patients comfortingly in case of their rheumatic and psychologically unstable disorders.

In the second half of the 18th century the original breed, the skinless one, practically disappeared in China. The next chapter of the history of the breed took place on other continents, in Great Britain and America. The popularity of these dogs grew and grew gradually. The Chinese Crested began to appear in paintings and texts. The works of celebrated animal painter Jacques Laurent showcased some of the best Chinese crested dogs in his paintings. Even though there were dog shows before this period, rarely a crested dog took part in them. However, both types of the Chinese Crested (Powderpuff and Hairless) were exhibited in 1885 at the Westminster Kennel Club Show in New York. Ms. Ida Garrett, a well-known journalist of that time, saw a picture of both the Powderpuff and Hairless which appeared in Harpers Weekly, and she became interested in the Chinese Crested at first sight. Over the decades Ida prompted the dogs in the USA through her writings and speeches. From 1920, another young woman, Ms. Debra Woods also started to deal with the breed seriously, she started the Crest Haven kennel. In 1979 American Chinese Crested Club was founded, which has two thousand members today.