Collection of all the general dog breed info about Pakistani Mastiff so you can get to know the breed more.

Pakistani Mastiff As a Working Dog

There are many theorized considering the breed’s origin and ancestry. According to the most well-known and logical theory, there was already a Mastiff type of breed present in the sub-continent of Indo-Pakistan, more precisely either in the Thanjavur and Tiruchi districts of Madras or the Sind region of medieval India. The breed was developed and used for hunting, guarding owner and property, and many other purposes. There have also been extensive disputes about the country of origin of this breed, with some claiming it to be India, while the others Pakistan. The breed was used mostly for hunting large game such as bears and wild boars during the Mughal Empire. Some experts believe that dogs were originally domesticated between 12,000 and 25,000 years ago. Other theories suggest that, during the British invasion of the sub-continent of Indo-Pakistan, the British troops brought their Mastiff type dogs, Bull Terriers, and others with them in the 1700s. These dogs were crossed with the local Mastiff-type breeds, that is the reason why there are many different types of Pakistani Mastiffs existing. In Thanjavur, the Bully Kutta was a favorite pet of ruling families, The Mughal emperor Akbar owned a Pakistani Mastiff, which he used for hunting. The Pakistani Mastiff was introduced to Greece by Xerxes when they marched towards the sub-continent of Indo-Pakistan in 486-465 B.C.

Another popular thesis states that the Pakistani Mastiff was originated from the desert areas of Sindh, because of this, another name for the breed is “Sindh Mastiff”. They are Molosser type of dogs from Pakistan and they are widespread in that region. Another well-known name for the breed is Bully Kutta, the work Bully comes from the root word of Punjabi and it translates into heavily wrinkled, the word Kutta simply means dog, so the breed’s local name basically is a heavily wrinkled dog in the Hindi-Urdu language. The type is popular in the Punjab region of India and Pakistan, including Tamil Nadu and Delhi, as well as Haryana.

On the 28th of May in 1864, the Second International Dog Show at Islington Agricultural Hall showcased the Pakistani Mastiff among other Mastiff types. In 1884, Littell's Living Age said that historically, a "large Indian mastiff" was employed by kings "in the chase of wild beasts".

The Bully Kutta was dubbed as the Beast from the East as the breed has gained a reputation for being extremely aggressive. The breed is easily available in Pakistan, however rare in India as in the rest part of the world. The dogs have been illegally used and trained for dogfighting in Pakistan and India, including areas such as Noida, Delhi, and Gurugram. The police, in June 2018, in Indian Punjab filed First Information Report for the first time against organizers of the illegal fights. According to a specialist at the Royal Society for the Prevention of Cruelty to Animals, imported animals are being crossbred to be more menacing. Many non-profit organizations are now working against illegal fighting and creating awareness among people.

How old is my Pakistani Mastiff in human years? 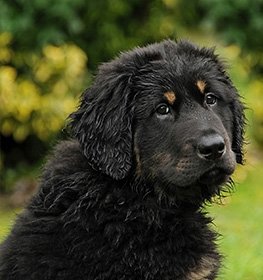 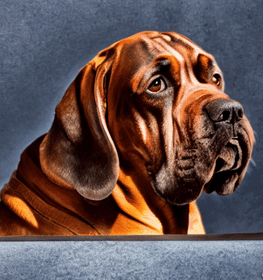