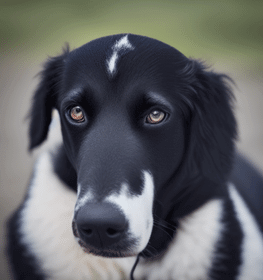 Collection of all the general dog breed info about Stabyhoun so you can get to know the breed more.

Stabyhoun As a Working Dog

The Stabyhoun finds its origins in the north-eastern parts of the Netherlands, in a forestry region called Friesland. This is the reason why the breed is also known as the Frisian Pointer. The breed owes its name to the dogs’ versatility; the word Stabyhoun is derived from the words sta mij bij or “stand by me,” while houn is the Frisian word for dog and is pronounced “hoon.” According to one of the theories, the breed is presumed to be a descendant of the Heidewachtel and the Drentsche Patrijshond. According to another story, the Stabyhoun is presumably descended from spaniels that were brought to the region, during the Spanish Occupation between 1568 and 1648.

The earliest records and mentions of the Stabyhoun date back to the 1800s in historic literature, by Nynke fan Hichtum and Joost Halbertsma. The breed we known today shows significant similarities that were depicted in paintings form the early 17th century, for example, those by the well-recognized Dutch artist named Jan Steen. Later, in the late 19th century and the beginning of the 20th century, the Stabyhoun was mostly used by Dutch farmers. The breed was fancied among farmers thanks to the dogs’ versatility. Initially the breed was developed to hunt birds, foxes, and other small game. Moreover, they are great pointers, watchdogs, retrievers and trackers, the ability of this Dutch farm dog to fill many roles was widely sought after. Sometimes the Stabyhoun is thought to be a relative of the Labrador Retriever, for the reason being that, the breed also excellent in working in water, in addition to hunting, the dogs enjoy sports, agility and obedience

The Stabyhoun alongside with another indigenous breed, the Wetterhoun is originated from the same region, from Friesland. These two breeds were constantly crossbred with each other in the early 20th century, consequently, the unique, pure variation of each breed was on the verge of extinction. Fortunately, in order to preserve both breeds’ uniqueness, this practice was put to an end, in 1942. Two years later, in 1944 the first breed standard was drawn up. In the same year, the first litter of Stabyhoun puppies was born in the United States of America. The UKC (United Kennel Club) recognized the breed in 1996.

Nowadays, in fact, within the Netherlands, there are a lot of rules regarding the breeding of the Stabyhoun, with the intention of revitalizing and increasing the breed’s popularity. The breeds population number is approximately 6000-7000 specimens worldwide. The dogs’ popularity had grown across much of Europe, including the UK, Norway, Sweden, Finland, Denmark, Belgium and even in North America, yet it is considered to be one of the rarest breeds on the globe today.

How old is my Stabyhoun in human years?