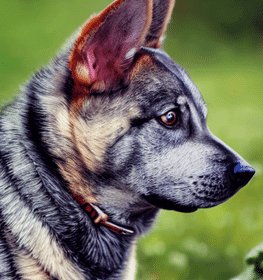 Collection of all the general dog breed info about Swedish Vallhund so you can get to know the breed more.

Swedish Vallhund As a Working Dog

The Swedish Vallhund’s history goes back at least 1000 years, all the way back to the existence of Viking herds. At that point in time, the breed was most likely would have been called the Vikingarnas Hund, or the Viking Dog. Unfortunately, there are no remains or records that would justify the breed’s co-existence with Vikings, however, it is presumably true that they were farm dogs in Sweden. Between the 8th and the 11th centuries, Vikings from Scandinavia traveled, conquered, raided, and settled vast areas of Britain. This Viking influence left its traces and marks all over Britain, especially around the northern British Isles where Scandinavian place names can still be seen.

Another important reminder of the Viking’s existence and influence in Britain is the Swedish Vallhund. The breed is presumed to be a mix of the Scandinavian Spitz and the Welsh Corgi. The breed’s exact development process and DNA base are uncertain due to the lack of records and remains. The dogs were used back then to herd cattle and other livestock, as well as to perform other tasks for the farmers and landowners such as barking an alarm, guarding livestock, home, and the farm, moreover keeping the vermin down, controlling the rodent population. Their modern name, Swedish Vallhund basically describes what the dogs were used for; it translates into herding or shepherd dog. The Swedish Vallhund is not a typical shepherd dog regarding the dogs’ solid figure. Being smaller and low to the ground allowed the breed to nip at cattle’s heels and avoid getting kicked back by them.

The Swedish Vallhund was on the edge of extinction in 1942. Fortunately, two enthusiastic breeders named K. G. Zettersten and Bjorn von Rosen managed to save the breed with a well-planned and detailed breeding program. The breeders acquired three females named Topsy, Lessi, and Vivi, and one male named Mopsen and used these four dogs to revive, and thus save the breed in Sweden. Throughout the centuries the Swedish Vallhund had many names, including the Swedish Cattle Dog and the Vastgotaspets. In 1943, under the latter name, Vastgotaspets, the breed was first recognized by the Swedish Kennel Club.

The Swedish Vallhund got to the United States in the 1980s. The first litter in the United States was born in 1986 and was bred by Marilyn Thell of Jonricker Kennel. Later, in 1996 the United Kennel Club recognized the breed. In 2007, the AKC (American Kennel Club) also did register the Swedish Vallhund. Interestingly the breed has appeared on postage stamps all around the world including, Mali, Russia, Ukraine, Nicaragua, Tajikistan, and obviously in its homeland, Sweden.

How old is my Swedish Vallhund in human years?