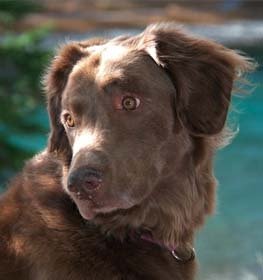 Collection of all the general dog breed info about Chesapeake Bay Retriever so you can get to know the breed more.

The Chesapeake Bay Retriever finds its origins around the Chesapeake Bay area, in the United States of America, from the early 19th century. The breed is believed to be descended from two Newfoundland dogs named Canton, who as a black female, and a red male, Sailor, who were traveling on a ship from England to Maryland, in 1807. According to the legends, the ship sunk, however, fortunately, these two dogs saved the majority of the ship’s crew. Canton found a home with Dr. James Stewart of Sparrow's Point, and Sailor was taken home by John Mercer of West River.

During the early 19th century, wealthy duck club owners lined both shores of the Chesapeake Bay area. These hunters were the firsts who sought after developing a new breed, which, ideally, would be able to endure the shallow bay, with its freezing water temperatures. Hunters really needed a good and reliable hunting companion, for the reason that the Chesapeake Bay area was located along the Atlantic Flyway, which is a flight path taken by geese and ducks to their winter homes. Each year, the bay hosted a third of all the migratory waterfowl wintering on the East Coast, thus it was a great and fruitful hunting environment. Consequently, they started to breed a new dog, using partly the Newfoundland specimens from the ship. Later, they added the Labrador Retriever and the Irish Water Spaniel to the gene pool too. This mix resulted in the Chesapeake Bay Retriever, who came out with a thick, oily, double coat, which was both insulating and water-repellent, its repelling moisture like the duck’s feathers do. Furthermore, the dogs’ broad chest could be used as a plow against the ice floes and the powerful hindquarters and large webbed feet enabled the dogs to swim tirelessly against the slashing winds that whip across the bay. Consequently, it is safe to say, that the Chesapeake Bay Retriever is the perfect combination of Newfoundland’s swimming capabilities, and the Labrador’s physical attributes and talented retrieving skills. Interestingly, it has been reported by some hunters that some Chesapeake Bay Retriever specimens were able to retrieve more than 300 ducks in a single day.

By the time the AKC was founded in 1884, the Chesapeake Bay Retriever, or in its other name, the Chessie was an already well-established breed with an accepted breed standard. The American Chesapeake Club was founded in 1918, with the intention of popularizing the breed among the hunting communities, as well as among the families.

Nowadays, even though the Chesapeake Bay Retriever is not the most popular retriever breed, although, the dogs are considered to be the toughest of them, who are willing to work even in ice-cold water all day long. The breed’s role did not change much during the decades, it is still employed to do various roles, including drug or bomb detection, and search-and-rescue work, helping the mentally or physically disabled. Moreover, the breed’s dashing physical attributes, athleticism, and superior intelligence helped them to get into the show rings, and to enter a variety of dog sports such as obedience, flyball, and agility. To increase the Chesapeake Bay Retriever’s likeability, even more, the dogs are believed to be great with children, so the breed is also a good family companion too, with their loyalty, activity, fun, and good temperament.

How old is my Chesapeake Bay Retriever in human years?

Sharing is caring.
Help our free service by spreading information about dog breeds.
Link to this: Chesapeake Bay Retriever Breed Information
<a href="https://dogell.com/en/dog-breed/chesapeake-bay-retriever">Chesapeake Bay Retriever Breed Information</a>
Despite the best intentions, there may be errors. If you find one, please let us know and we will fix it as soon as possible. Contact us here. 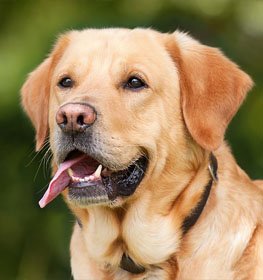 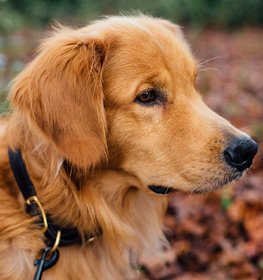 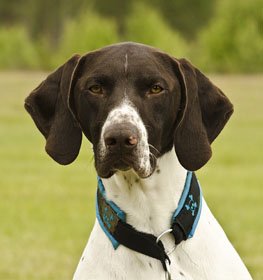 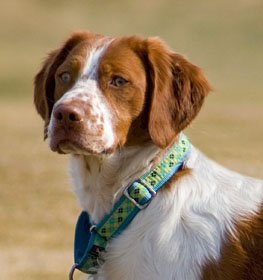