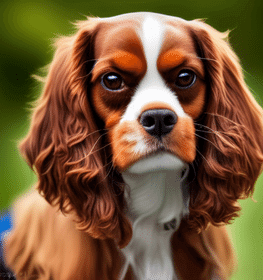 Collection of all the general dog breed info about Cockalier so you can get to know the breed more.

Cockalier As a Working Dog

The Cockalier is a relatively newly developed designer dog breed, which emerged after crossing the Cocker Spaniel and the Cavalier King Charles Spaniel. It is thought that the breed is originated in the late 1990s, even though, it is possible that mixes, resembling the Cockalier, were in existence as a result of natural mating throughout the years. The trend of creating new hybrid breeds started around the middle of the 20th century, in North America and in Canada, with crossbreeding purebred dogs with each other, with the intention of developing new breeds. These designer dogs gained popularity instantly, for the reason that they usually inherited the best and most desirable qualities, abilities, and traits of their parent breeds. Unfortunately, this popularity does not mean, that we are certain about every detail of these designer breed’s ancestry, and the intention which led the breeder to create these dogs.

Even though both of these parent breeds are Spaniels, Cockalier specimens tend to fall on opposite ends of the spectrum in terms of external appearance and also in terms of behavioral traits. This is very common with hybrid dogs because just like the Cockalier, the specimens are most likely first-generation specimens meaning that their DNA consists of 50% Cocker Spaniel and 50% Cavalier King Charles Spaniel, thus the puppies’ appearance, abilities, and behavioral characteristics always remain uncertain. In spite of this, in order to gain a better understanding of why breeders started to cross these two breeds, we need to look at both of the parent breeds’ histories.

On the one hand, the Cocker Spaniel is a really old breed, for the reason that the breed was first developed during the 15th century. The breed’s initial purpose was to be a hunting companion, more specifically, a gun dog, that would flush out Woodcock for the huntsmen to shoot and to retrieve anything with their soft mouth. Their name is also derived from the word Woodcock. Over time, during the 1920s, the Cocker Spaniel naturally separated into those that were used for showing at dog shows and those that were used for working.

On the other hand, the Cavalier King Charles Spaniel had always been held with high regard by the nobility, royalty, and the aristocracy of Europe, during the 17th century. Charles I and King Charles II were fond of the breed, and they both owned several specimens. The Cavalier King Charles Spaniel had the reputation of being the most docile and sweet-natured toy dog. The breed was not bred to be a working dog, it was rather used as a companion animal alongside people and their families.

Despite the fact that both of the Cockalier’s parent breeds are very old, well-recognized breeds, the Cockalier is not registered with any of the major kennel clubs yet. However, the breed is a member of the ACHC (American Canine Hybrid Club), the DDKC (Designer Dogs Kennel Club), and the DRA (Dog Registry of America, Inc). Nevertheless, the Cockalier is the perfect combination of the Cocker Spaniel and the Cavalier King Charles Spaniel, because the breed is believed to be really sweet, kind-hearted, moreover, a really intelligent hybrid breed, which will most likely increase the demand for more Spaniel hybrids. Today, the Cockalier is usually kept as a family companion.

How old is my Cockalier in human years?