Collection of all the general dog breed info about Cockapoo so you can get to know the breed more.

Photo Gallery of the Cockapoo Breed

Cockapoo As a Working Dog

The Cockapoo is considered to be the oldest designer dog breed, which became popular in the early 1960s in North America. The trend of creating new hybrid breeds started around the middle of the 20th century, in North America, with crossbreeding purebred dogs with each other, in order to create new breeds. These hybrid dogs were an instant hit, because they always inherited the best and most desirable qualities and traits of the parent breeds. Unfortunately, this popularity does not mean, that we are certain about every detail of these hybrid breed’s ancestry, and the intention which led the breeder to develop these dogs.

While the motive behind its creation is unclear, it is well-known that the Cockapoo is a result of cross-breeding the Cocker Spaniel and the Poodle. This was the first instance where the Poodle was crossed with another breed, with the intention of creating a new one. It is also stated by many, that initially, the Cockapoo was bred in an organized fashion, contrary to accidental mating. Their development was well-thought through because breeders wanted to create a new breed that possesses all the best qualities and traits of the parent breeds and the result speaks for itself. The Cockapoo inherited the Poodle’s devotion, intelligence, low-shedding, and odorless coat, which is a great option for allergic people. The Cocker Spaniel provided the Cockapoo active, loving, and easy-going nature. Moreover, it is also believed and scientifically proved that mixed dogs tend to have less prone to mental and physical diseases, than their purebred peers. It is also advantageous for the Cockapoo that both of its parent breeds are well-established old breeds.

As the Cockapoo’s popularity constantly grew from the moment it was created, breeders were making efforts in order to establish a breed standard, with the aim of transforming the Cockapoo into a true breed on its own. This usually takes a couple of decades, for the reason that breeders need to mate two-hybrid specimens to produce a litter, whose parents are generation one specimens. Usually, the rule is that the more generations a breeder crosses, the more standardized a breed becomes when it comes to designer dogs. This method is called multigenerational crossing. However, this method is not followed by all of the Cockapoo breeders, for the reason that some prefer the basic Cocker Spaniel and Poodle mix, for the most authentic Cockapoo. As the Cockapoo’s popularity soared, the Cockapoo Club of America was founded in 1999, with the intention of creating breeding consistency and also a breed standard. This club also promoted the multigenerational crossing method. Moreover, the North American Cockapoo Registry, founded in the same year, is also working on establishing the breed as a viable one.  Later, in 2004, the American Cockapoo Club was formed with the goal of seeing genuine Cockapoos bred with lines that can be traced back to their originating roots of AKC/CKC Cocker Spaniels and AKC/CKC Poodles. Moreover, the North American Cockapoo Registry, founded in 1999 is also working on establishing the breed as a viable one.

However, besides breeding philosophies and breed standards, the Cockapoo is one of the most popular breeds today. The Cockapoo is loved by thousands for its affectionate nature and intelligence.

How old is my Cockapoo in human years? 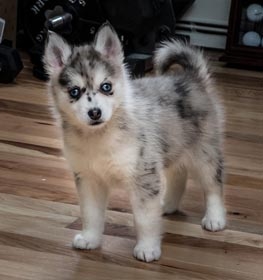