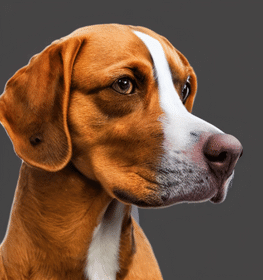 Collection of all the general dog breed info about Deutsche Bracke so you can get to know the breed more. 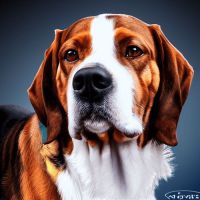 Deutsche Bracke As a Working Dog

The Deutsche Bracke, also known as the German Hound, is thought to be originated from the North-Western region of Germany, from Westphalia, more specifically the area between the Weser and the Rhine rivers. The Deutsche Bracke is considered to be an ancient dog breed, whose true history and ancestry is really hard to verify.

It is widely accepted that the Deutsche Bracke is originated from the 18th century, possibly from a mixture of pointer breeds, like the Bloodhound, the Beagle, some Celtic hounds, and the Greyhound. Traditionally, the breed was developed to be a scent hound, assisting hunters in locating a wide variety of prey, in the harsh weather conditions and the irregular sometimes rocky, and bushy terrain. The Deutsche Bracke is also known as the Olpe in Germany, for the reason that the breed is the most popular in the region of Olpe, which is situated in North-Rhine Westphalia, Germany.

Olpe is among the very few breeding places, where they breed the Deutsche Bracke even today. The breed is thought to be bred for their stamina, and their exceptional hunting abilities, which includes larger game like wild boar, hares, and even bear. The breed was really well-renowned among the hunting community in Germany, thanks to the dogs’ sensitive noses, which can pick up on even the slightest scents. This ability made the Deutsche Bracke a really sought-after hunting breed in Germany.

Meanwhile, the Deutsche Bracke is among the really old breeds, the first written records of the dogs begun to appear during the 18th century in German literature. Around that time, there were several other similar hound breeds in existence, nevertheless, it is now thought, that these other hound breeds might have been gone to extinction or evolved into something else today. It is believed that around the turn of the 20th century, all of these older hound breeds, merged into one ultimate breed. Despite the long and extensive history, the breed standard was only drawn up in 1955.

The Deutsche Bracke was recognized relatively late, in 1996, by the UKC (United Kennel Club), within their scent hound group. Nonetheless, the breed is not registered with the AKC (American Kennel Club) yet. Partly because of the lack of wider recognition, the Deutsche Bracke is considered to be a rare hound breed today. Most of the specimens are bred and owned in Germany, and in Europe. Interestingly, the Deutsche Bracke is still kept as a hunting companion in some parts of Germany, where this habit did not die out completely, however, the vast majority of the dogs are being kept simply as active, loving, and devoted family companions.

How old is my Deutsche Bracke in human years?