Collection of all the general dog breed info about Great Dane so you can get to know the breed more. 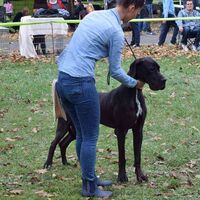 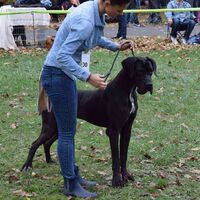 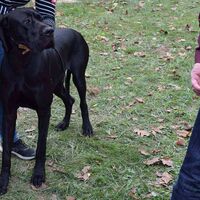 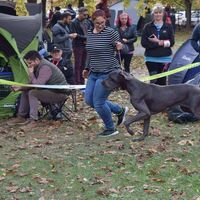 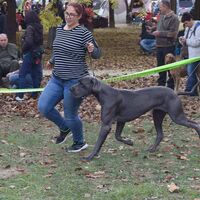 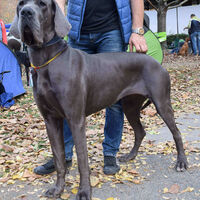 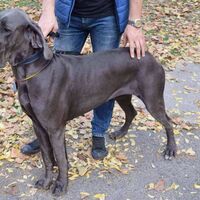 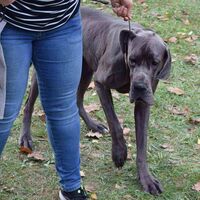 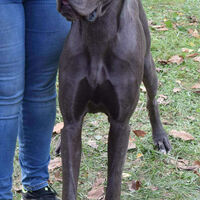 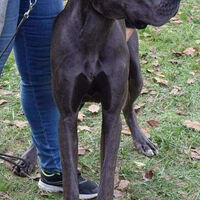 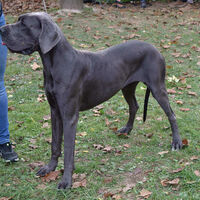 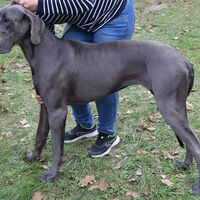 Great Dane As a Working Dog

The Great Dane also called the Deutsche Dogge, is proven to be the tallest dog breed in the world right now. Like many other big-sized dog breeds, initially, the Great Dane was bred to be used as a wild boar hunter. The oldest records about the breed were found in Egyptian artefacts that date back to 3000 B.C.

Documents describing a similarly-looking dog breed were found from a later period, dating back to the 2000s B.C., these were found in the Mesopotamian region, however, there is also evidence suggesting that this type of dog is originating from Tibet, for the reason that Chinese writings from 1121 B.C. attesting for their existence. It is also believed that the Assyrians traded these dogs with the Romans and Greeks, spreading them all over the world during their conquests, trades, and travels. Some archaeologists even found evidence that the Great Dane type of dogs was portrayed in frescoes in Tiryns, in Greece. These wall paintings depicted large dogs during hunting for wild boar, dating back to the 13th – 14th centuries. Most presumably, during this time, the ancestors of the English Mastiff were involved in the breed’s development. Firstly, the Greeks, then the Romans also bred these larger dogs with each other, and this process eventually, reached Great Britain. In England, further breeding took place, where breeders selected the most long-legged, and strongest specimens, and bred them with each other, in order to elongate the breed’s physique, while maintaining a strong body. According to some rumours, during this period, mostly the Irish Greyhound and the Irish Wolfhound played the most important parts of the development process.

During the 16th century, many German nobles started keeping larger and larger dogs in their homes, thus the Great Dane got fairly popular in Germany. Back then in Germany, the breed was called “Chamber Dogs”, for the reason that people began to use the dogs for protecting purposes, keeping the dogs in their bed chambers at night. In most of the homes, these dogs were pampered and wore gilded collars lined with velvet, this largely contributed even further to the breed’s noble appearance. Around the late 16th century, people also used the breed for their original purpose, to hunt wild boar. The dogs’ ears were chopped, in order to prevent the boar tusks from tearing them. Later, the breed’s name was changed to “English Dogges”. The name “Great Dane” appeared in the early 18th century when a French naturalist travelled to Denmark and saw a version of the Boar Hound, a slimmer specimen, more like a Greyhound in appearance. He called the dog “Grand Danois”, which later transformed into the “Great Danish Dog”, and later to Great Dane. This naming can be deceiving, because of the fact that Denmark did not play any role in the breed’s development at all. Later, in 1880, German breeders, and dog show judges held a meeting in Berlin, where they decided to distinguish the Great Dane from all the Mastiff and Hound breeds, and they also founded the Deutscher Doggen-Klub of Germany, honouring the dog. Around this time, towards the end of the 19th century, the breed’s name was not agreed upon internationally. It was a debatable question among states. The Italians called the breed Alano, the Germans called them Deutscher Doggen, whilst the Anglo-Saxon nations knew the breed like the Great Dane. Throughout the 19th century, German breeders continued to refine the breed, with special attention to their behavioural characteristics. Breeders wanted to transform the hunting breed into a family-compatible companion.

The Great Dane Club of America was founded in 1889, the Great Dane was the fourth breed to join and to obtain recognition by the AKC (American Kennel Club). Later, Great Danes got really famous during the 20th century, when Scooby-Doo, a cartoon series for kids came out presenting a lovely, goofy detective dog, who was a brown Great Dane. Nowadays, the Great Danes are still very popular, and they are usually kept as family companions. Due to their huge size, many health-related issues can arise, unfortunately. No matter the size, the breed is a very noble, even-tempered, goofy and courageous dog, who is great with children.

How old is my Great Dane in human years? 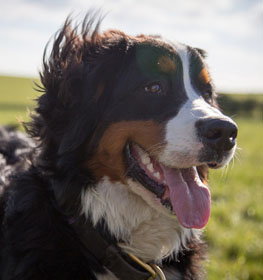