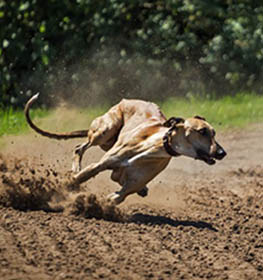 Collection of all the general dog breed info about Hungarian Greyhound so you can get to know the breed more. 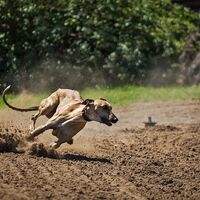 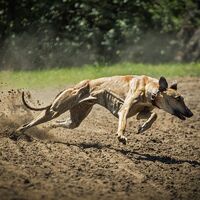 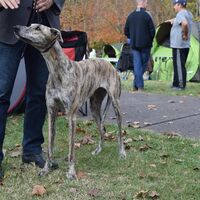 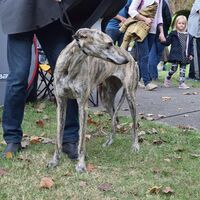 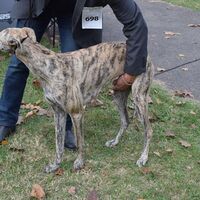 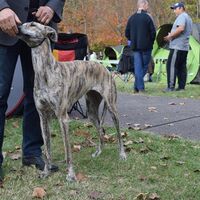 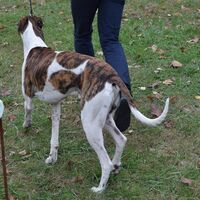 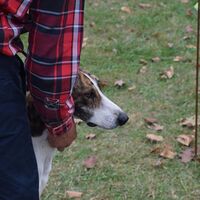 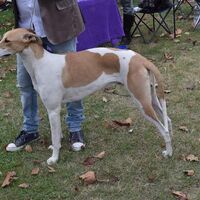 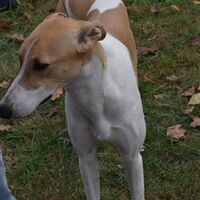 Hungarian Greyhound As a Working Dog

The ancestry of this Hungarian breed, like all Greyhounds, came from Egypt. According to the earliest discoveries, they originally appeared around the third millennium BC. Several other ideas and theories have been proposed as to how the breed was formed, but the only certainty is that the first archeological evidence for Hungarian Greyhounds was discovered in the Carpathian Mountains, which run along Hungary’s northern and easter borders. Around the 10th century, the breed first appeared in northern Hungary and the Great Alföld (Hungarian Plain), where Hungarian invaders used the dogs for hunting. However, as there is no evidence, it is unclear whether the breed existed before the Hungarians arrived in the Carpathian basin or it came with them. Although they have lived throughout the Great Alföld, they have had a strong hunting history in the three countries of Szabolcs-Szatmár-Bereg, Hajdú-Bihar, and Somogy. Furthermore, the breed became very popular in the days of Matthias Hunyadi. The king himself often spent his time hunting with them on horseback, however, after his death, with the country divided into three parts, the breeding of the Hungarian Greyhound started to decline. Moreover, under Turkish control, the breed was crossed with eastern greyhounds because it was the easiest way to hunt without attracting attention and hunting shifted from being a serious passion to poaching.

Moreover, in the 19th century the reformist count István Széchenyi popularized greyhound racing and as a result of this, the Hungarian Greyhound eventually became the national dog. Greyhound races were regarded as special and significant social events at the time. Almost every year, new organizations were founded to deal with the breed and its hunting. Horse and greyhound racing also attracted foreigners in Hungary. As a result, English thoroughbreds and the “Greyhound” were born. However, despite the fact that the Hungarian Greyhound’s speed was quick, it did not correspond to the speed of the English Greyhound. This led to the frequent crossing of the two breeds, through which the Hungarian Greyhound lost its distinctive personality.

Furthermore, after the Second World War, the breed was on the verge of extinction again. In 1963, a film about King Matthias was filmed for which Hungarian sighthounds were required. However, the Hungarian Greyhound was so uncommon than finding one in the country was nearly impossible. Kálmán Szigethy, a nature filmmaker, and hunter, located three specimens, acquired them and began breeding them for the film. The Hungarian Greyhound has resurrected thanks to Szigethy and was formally recognized by the Federation Cynologique Internationale in 1966. The breed has slowly but steadily spread over Europe since then, and it is no longer in danger of extinction.

Sharing is caring.
Help our free service by spreading information about dog breeds.
Link to this: Hungarian Greyhound Breed Information
<a href="https://dogell.com/en/dog-breed/hungarian-greyhound">Hungarian Greyhound Breed Information</a>
Despite the best intentions, there may be errors. If you find one, please let us know and we will fix it as soon as possible. Contact us here.