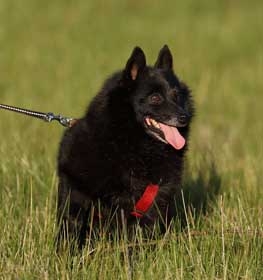 Collection of all the general dog breed info about Schipperke so you can get to know the breed more.

Schipperke As a Working Dog

The Schipperke’s origins go back to the late medieval days of Belgium. The Schipperke’s exact origins are mostly foggy and unknown, because of the lack of records. The Schipperke was bred in Flanders, the Dutch-speaking part of Belgium. Despite the dog’s foxy-faced looks, they are not derived from any kinds of Spitz or Pomeranian. It is widely presumed that the breed is descended from a black sheepdog called a Leauvenaar, the same dog, which is credited to be a predecessor of the Belgian Sheepdog, the Groenendael. The Belgian Sheepdog was bred to be a large working animal, while the Schipperke was bred down in size in order to be a very different, distinct dog breed. While the Groenendael was created to be a herding breed, the Schipperke was developed to be a small watchdog.

The Schipperke was often seen guarding the boats that plied the canals between Antwerp and Brussels, making the breed earned its fame as shipboard exterminators on the canals that crisscrossed the Low Countries. The breed makes a great guarding and protecting dog when the boat anchors for the night, alerting you of anything suspicious out of the ordinary. Despite the breed’s smaller size, the dog possesses a healthy barking ability, which can be a bit striking and surprising to a stranger’s ears. The little black avenger of the Belgian dockyards was also a fearless watchdog on barges and in city shops. It was among the sailors and shopkeepers of Brussels and Antwerp that these quick, agile dogs earned the nickname “schipperke,” Flemish for “little captain.”

Even though the breeding process started in the 1600s, the breed’s popularity started to increase just in the 1800s in the households of Belgium. Early on the breed was mostly known among peasants who were restricted in the size of dogs they could keep. The breed made its first international appearance in a dog show in 1880, and from that moment on, the Schipperke was exported to all parts of the world. Interestingly, initially, the breed was called Spitske or Spits, but as soon as the official club for the breed was founded in 1880, the breed became known as the Schipperke after its historical origins and heritage in Belgium’s ports.

After Queen Marie Henriette saw one Schipperke at a dog show in Brussels in 1885, the breed quickly became a favorite pet for the nobles and royalty all around Europe. Thanks to the increasing popularity, the breed eventually got exported to the United States of America, in 1888. In 1929, a dedicated club (Schipperke Club of America) was formed for the Schipperke. The AKC (American Kennel Club) also recognized the breed, in 1904. Today, despite the fact that the breed’s popularity is not significant, the Schipperke is loved for its versatility, cleverness, and devotion to its owners.

How old is my Schipperke in human years?