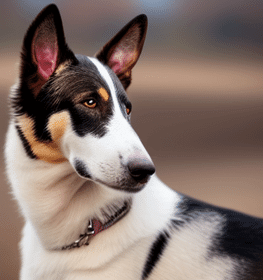 Collection of all the general dog breed info about Smooth Collie so you can get to know the breed more. 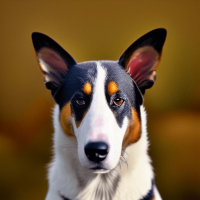 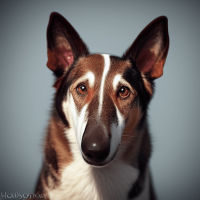 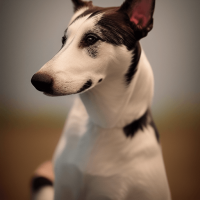 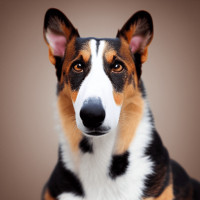 Smooth Collie As a Working Dog

The Smooth Collie’s origins can be traced back to Wales and Scotland. Experts suggest that the Romans brought herding dogs with them to Scotland during their conquest of Britain as early as the 5th century. These dogs are thought to be bred over the centuries for function, as they were mostly working and herding dogs. Later on, as the appearance of a dog started to gain more attention, breeders began to put more emphasis on their looks. The Scottish variety was a strong and large dog, with aggressive traits and it was created to herd highland sheep. On the other hand, in Wales, the Collie was a lot smaller, and more agile, friendly breed, which was bred to herd goats too. English breeders started to cross-bred these two, and eventually achieved a nice balance between the two breeds’ characteristics, traits. This mix led to the Collie varieties we know today, the Rough and the Smooth Collie. Although, the origin of their name is not that clear. Some believe that it comes from the Anglo-Saxon word “coll” which means black, for the reason that the first Collies used to be black. According to another theory, the name derives from the word “Colley” which was the breed of sheep that the breed first started to herd officially.

The Collie’s deep and rich history was created under the reign of Queen Victoria, who had abiding love and devotion for Scotland and its creatures. In the second half of the 19th century, during many of Queen Victoria’s extended stays at the Balmoral Castle on the Scottish Highlands, she managed to popularize the local herding breed among her class and the nobility. Her devotion and enthusiasm for the breed started their transformation from being a humble shepherd dog to a world-known canine breed. The earliest illustrations of the breed were found from around 1800, in woodcuts in the history of quadrupeds by Thomas Beswick.

After the first wave of the Industrial Revolution in Britain, it became fashionable to keep dogs as companions. Collies were crossbred with the Borzoi, which gave them the signature long muzzle, that nowadays we recognize as an important feature of the Collie. In 1860, in Birmingham, because their popularity grew, the breed started being shown in dog shows and exhibitions. In 1879, the first Collie was brought to the United States, and consequently, the Collie Club was formed in 1886. Meanwhile, in the United Kingdom, the first Collie Club was founded in 1881. The breed got recognized by the AKC (American Kennel Club) in 1885.

The Smooth Collie has always lived in the shadows of its more popular cousin, yet the two breeds were considered to be the same for a long time. Moreover, until 1994, it was possible for breeders to interbred Rough and Smooth Collies, thus the two types could be born in the same litter. Contrary to popular belief, Queen Victoria herself, enjoyed more the Smooth-coated version. Amongst the dogs taken from Balmoral to Windsor by Queen Victoria was her absolute favorite dog, named Sharp, who was a Smooth Collie. Another popular owner of the Smooth Collie was the 23rd President of the United States, Benjamin Harrison. Today, the Smooth and the Rough Collies are considered to be distinct breeds in the UK and in Australia, nevertheless, in most of the countries, like the US or Canada, they are still considered to be the same breed, with different coats.

How old is my Smooth Collie in human years?