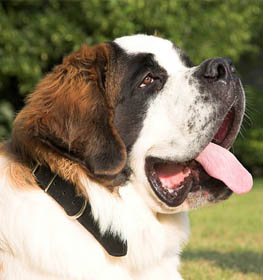 Collection of all the general dog breed info about St. Bernard so you can get to know the breed more. 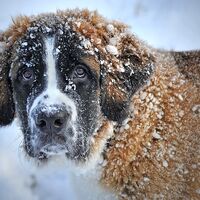 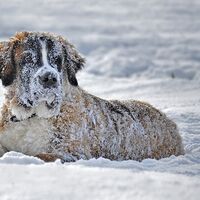 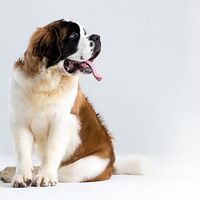 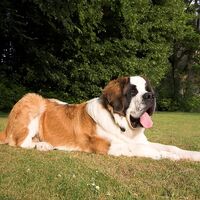 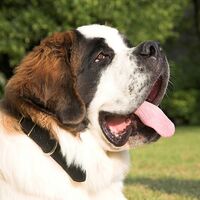 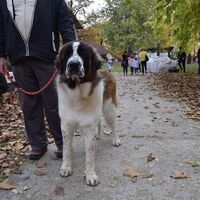 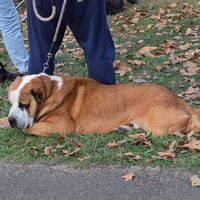 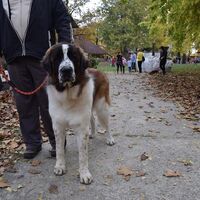 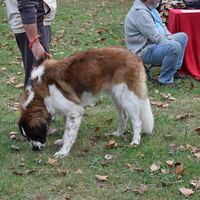 St. Bernard As a Working Dog

The history of the St. Bernard can be traced back to the 11th century, high up in the Western Alps of the canton of Valais (Switzerland). This territory was mostly uninhabited due to the rough climate conditions but there lies an important merchant route; the Great St.Bernant Pass. The area is only snow-free for a couple of months during the summer and has been a dangerous route for many travelers throughout history not only because of the rough environmental conditions but many pilgrims fell victim to attacks from Alpine bandits as well. Around 1050 a monk named Augustine St. Bernard de Menthon founded a hospice and monastery in the territory, to help the struggling travelers.

Around the 1660s and 1670s, the monks at Great St. Bernard Hospice acquired their first St. Bernards, which were presumably brought over by the Romans and were descendants of the mastiff style Asiatic dogs, burly, thick furred, strenuous and friendly animals to serve as their watchdogs and companions. At the turn of the century, servants called marroniers were assigned to accompany travelers between the hospice and Bourg-Saint-Pierre, a municipality, which was on the Swiss side of the pass. Marroniers were usually accompanied by these dogs, whose broad chests helped to clear paths and their incredible sense of smell and intelligence made them able to discover people buried deep in the snow.

Later they started to send the dogs out in packs of two or three alone to seek lost or injured travelers, in which they did an amazing job and saved thousands of lives through the next 150 years. When the pack found a buried traveler, one of them dig through the snow and lie on top of the injured to provide warmth and the other dog would return to the hospice to alert the monks of the stranded pilgrim.

We often associate St Bernards with certain things, one of which is their little wooden barrel attached to their leather collar. This thing had a part to play in rescue missions even though we do not certainly know what it was inside but presumably some type of alcohol possibly rum to warm up the injured or buried travelers.

Nowadays St Bernards are usually kept as family companions because since the evolution of infrastructure and technology rescue helicopters and other vehicles have taken over their life-saving service on the territory.

How old is my St. Bernard in human years?