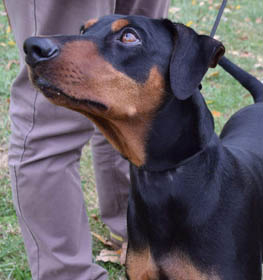 Collection of all the general dog breed info about Transylvanian Hound so you can get to know the breed more.

The Transylvanian Hound or in its native name, the Erdélyi Kopó is an ancient Hungarian hunting breed, that is thought to have existed for more than 1000 years. The breed’s exact origins are uncertain due to the lack of documentation and records, yet it is presumable that the Magyar Agár is one of its ancestors.

The Transylvanian Hound’s long history began around the 9th century when Hungarian tribes brought Asian hounds with them to the Central European regions, where the dogs were mixed with Celtic hounds. The Transylvanian Hound’s development was influenced by the peculiarities of the local climate, the terrain, and the hunting conditions of the area, in which the breed was created. As a result of the influence of the different conditions of the terrain, two separate varieties of the Transylvanian Hound evolved: a long and a short-legged type. These varieties were always kept and bred together. Initially, the long-legged version was used for hunting bigger games, firstly buffaloes, and later wild boars, lynxes, and bears. Meanwhile, logically, the short-legged version was used for hunting small prey including, hares and foxes in the overgrown terrain and chamois in rocky lands.

The long-legged Transylvanian Hound’s popularity has peaked in the Middle Ages when it became a very favored hunting breed among the aristocracy of Hungary and Austria. While the dogs possessed great behavioral traits, excellent intelligence, and hunting abilities, the breed’s exterior appearance also reflected nobility and harmony. The breed’s athletic medium-sized body is lean and muscular, yet balanced and elegant in its movement, thus it was also a perfect companion dog for the nobility without hunting purposes. When not used for hunting, the dogs made great guards of people and property. Unfortunately, the breed’s numbers decreased drastically as the agricultural societies developed and the breed got to the brink of extinction by the beginning of the 20th century. Unfortunately, the short-legged version of the Transylvanian Hound got extinct, due to neglect and the lack of use. However, a few of the breed’s enthusiasts worked hard to preserve the long-legged type. An active and well-planned effort to increase the breeding started in 1968 for the long-legged version. A Hungarian veterinarian named Dr. Lajos Győrffy searched for purebred puppies everywhere in Hungary and in Romania. At that time, the breed’s numbers were so low, that he could only find a few in the remote parts of Romania. Dr. Győrffy sneaked two of the breed’s puppies over the border, and he started to build up the breed in earnest at the Budapest Zoo. 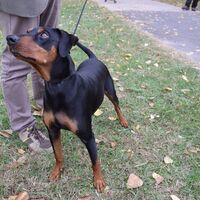 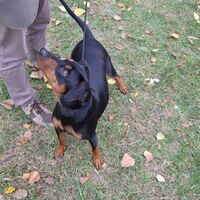 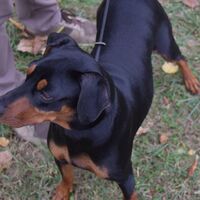