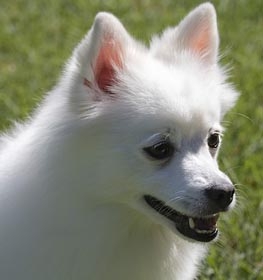 Collection of all the general dog breed info about German Spitz so you can get to know the breed more.

The German Spitz or in its other name, the Kleinspitz has been existing and living among people in Central Europe for more than 5,000 years now, as archaeological evidence suggests. Thus, the German Spitz is known to be one of the most ancient breeds coming from Germany and Europe in general. Depending on where you are in the world, the name “German Spitz” might refer to completely different breeds, in German-speaking countries the Pomeranian is actually considered under the same name, being simply the toy-sized version of the German Spitz. The breed has changed a little over time, being one of the earliest ancestors to all Spitz-kind of breeds.

Skeletal remains of Spitz-type of dogs have been found alongside human settlements from five to six thousand years ago throughout Central Europe, suggesting that people were already heavily reliant on domesticated animals for their survival in this region by that time. The very first mention of the German Spitz comes from 1450, from Count Eberhard Zu Sayn of Germany. He praised the German Spitz as a brave protector of the properties and fields. It is thought that many German Spitzes lived in the province of Pomerania – hence the breed’s early name – located on the southern part of the Baltic Sea, close to today’s Poland. Going further back in time, these dogs were most likely have been originated from Central Asia, with other branches of the Spitz family heading east, eventually reaching Greenland, and leaving their markings along the way in the form of the Greenland Dog, the Canadian Eskimo Dog, and many other Spitz breeds. Travelers on the Rhein Riven have selected larger German Spitzes to serve as their companions and to protect them on their barges. Through this selection process, eventually, the Keeshond was created naturally. Since then, in Germany, many Spitz breeds are known under very different names, but they all fall under the same family of the German Spitz.

The era of Kings and Queens

Initially, the German Spitz was a peasant’s dog. Later the Spitz-type of dogs gained popularity among the royalty and the nobility in England. During the 18th century, when George I. took the throne, he and his German wife had, understandably, had many German visitors in the court and these visitors usually brought their Spitz dogs with them. Later, Queen Charlotte, the wife of George III., and Queen Victoria were also very devoted to the German Spitz during their reign. The German Spitz was first exported to the United States of America in the middle of the 19th century. The breed quickly developed a following there, especially among the German immigrant population.

Despite the initial popularity in the States, the breed suffered a decline in their population numbers, due to the pervasive anti-German sentiment that followed up the First World War. This negative perception of Germany and German breeds caused many to change their names, such as American Eskimo Dogs, and the Finnish Spitz, which are solidly based on the German Spitz’s genetics. It was not until 1975, that many Keeshonds were imported to the United States from the Netherlands and were bred together with the larger Pomeranians in order to revive and preserve the German Spitz population in the United States. Nowadays, the FCI (Fédération Cynologique Internationale) regards the German Spitz as another version of the Pomeranian breed, thus there is no official distinction between the two breeds yet. The classification goes like this today: the Pomeranian is the smallest, the German Spitz is medium-sized, and the Keeshond is the largest one. Today the Spitz-types of breeds are very popular all around the world. 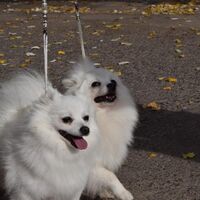 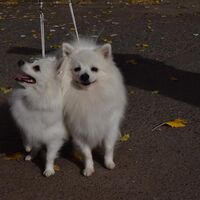 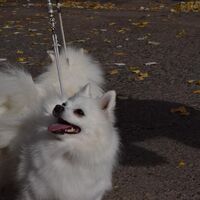 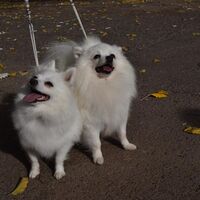 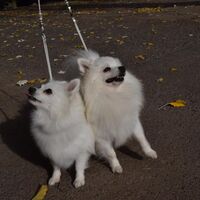 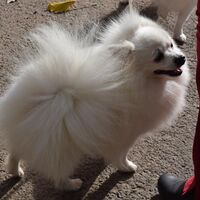 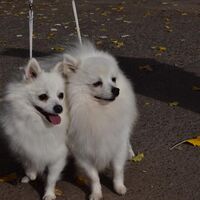 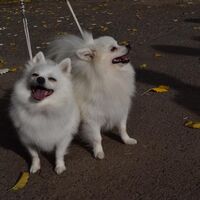