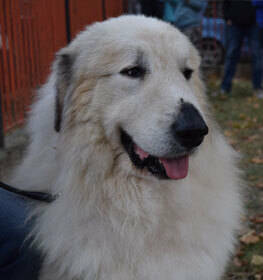 Collection of all the general dog breed info about Great Pyrenees so you can get to know the breed more. 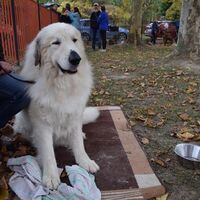 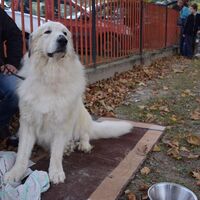 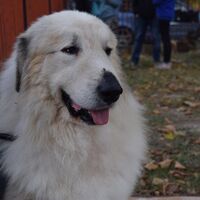 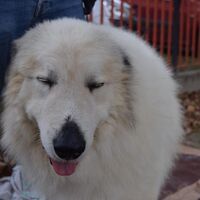 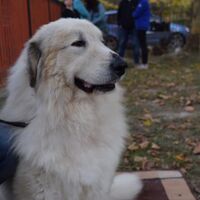 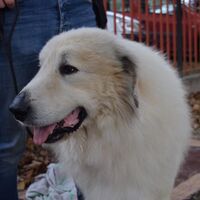 Great Pyrenees As a Working Dog

The Great Pyrenees or in its other name, the Pyrenean Mountain Dog is one of the tallest dog breeds in the world. The breed’s ancestry is believed to date back 10 or 11 thousand years to dogs who originated in Asia Minor. Roman records and documents from at least 2,000 years ago, account for a large-sized herding breed, resembling the Great Pyrenees, indigenous to the Pyrenean Mountain region, that divides Spain and France.

Despite these very ancient artifacts, it was not until the early 16th century, that a concrete description of the Great Pyrenees was written. The breed’s description was made by Brother Miguel Agustin, Prior of the Temple de la Fidelissima of Perpignan. He described this pastoral breed, as sturdy and strong, but athletic enough to chase and to bring down even wolves when protecting the livestock. The dogs’ duty was to watch over and guard the flock deter and occasionally fight predators, whether wolves, bears, or livestock rustlers. The breed’s innate patience came in handy when sitting atop a freezing-cold mountain for days on end with nothing to do but to guard the livestock. Their courage when defending the flock was legendary. Later, in 1675, the Dauphin in the court of King Louis XIV declared that the Great Pyrenees was the Royal Dog of France, with the result that it became the guardian of choice for many of the palais and chateaux all around France. This declaration prompted the many in the French nobility to acquire Great Pyrenees and use them to guard estates and personal properties.

Spreading throughout the world

The Great Pyrenees was first exported to North America during the late 18th century, straight to Newfoundland, Canada. It is thought that the breed had a serious contribution to the creation of the Landseer Newfoundland, which is basically the result after cross-breeding the Newfoundland and the Great Pyrenees. Later, throughout the whole 19th century, the Great Pyrenees gained more popularity mainly in England, in Europe, and in the United States of America, after their introduction. The breed was also introduced in the breeding program of St. Bernard in Switzerland, with the intention of re-establishing the population number in the famous hospice where St. Bernard originated. Nevertheless, in the Great Pyrenees’ homeland, the breed started to deteriorate, because of the unscrupulous breeding practices during the early 20th century.

As with many breeds, the two world wars took a toll on the breeding of the Great Pyrenees. Fortunately, several specimens were imported to the United States of America before the European continent was effectively closed because of World War II. After the war, breeders, organizations, and associations started serious breeding programs and made efforts with the intention of reviving this old breed. Nowadays, the Great Pyrenees is renowned for its gentle and caring attitude to children and smaller pets, but equally for its qualities as a guard dog. Consequently, the breed is still kept both as a guard dog, and also as a loving family companion.

How old is my Great Pyrenees in human years?