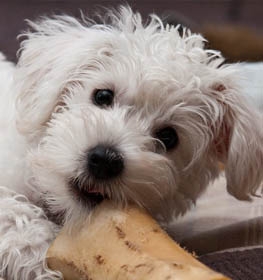 Collection of all the general dog breed info about Schnoodle so you can get to know the breed more.

Photo Gallery of the Schnoodle Breed 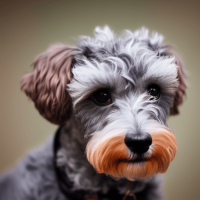 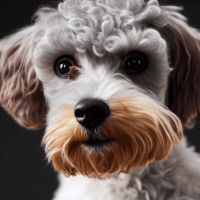 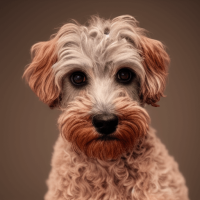 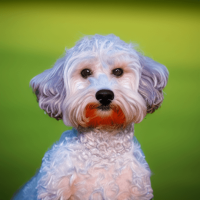 Schnoodle As a Working Dog

The Schnoodle is one of the new additions to designer breeds. The breed is a result of cross-breeding the Schnauzer with the Poodle. New hybrid dogs partly from the Poodle have been popular since the middle of the 20th century when the Cockapoo stole everyone’s hearts with its low-shedding coat, loving personality, and easy trainability. This is the reason why, since then, breeders always go back to the Poodles, in order to involve them in the creation of a whole new breed. The exact origin of the Schnoodle is more or less surrounded by a lot of mystery and uncertainty. The trend of creating new hybrid breeds started around the 1980s, in North America, with crossbreeding purebred dogs with each other, in order to create new breeds that would fit more precisely into the owners’ particular needs. These hybrid dogs were an instant hit because they always inherited the best and most desirable qualities and traits of their purebred ancestors. Even though there are always disadvantages to these new hybrid breeds, designer dogs became insanely popular in the last 30 years.

Unfortunately, this popularity does not mean, that we know every detail about these hybrid breed’s ancestry, nor the intention which led the breeder to develop these dogs. Nevertheless, the initial reasoning behind the first creation of the Schnoodle, were the dogs’ steady temperament, good nature, and the fact that they are considered party hypoallergenic, thanks to the Poodle’s coat’s attributes. Regarding the two parent breeds, both possess relatively long histories, dating back to several hundred years. Both of these breeds are originated from Germany. The Schnoodle came out as the perfect mix of the parent breeds. The Schnauzer was considered to be excessively territorial, and loud, whereas the Poodle was believed to be highly strung, thus canceling out the other’s flaws, making the perfect family pet, and guardian.

Interestingly, in the case of the Schnoodle, more than in the case of any other hybrid breed, the dogs’ appearance can vary in one litter enormously, because both parent breeds come in three different sizes; toy, miniature, standard, which is the giant in case of the Schnauzer, and also in many different colors. Initially, when breeders first created the Schnoodle, they were sticking with the smaller sizes. However, as their popularity was constantly growing, people started to get interested in the other sizes. Consequently, that is when breeders decided to introduce the Giant Schnauzer and the Standard Poodle into the mix, thus creating a bigger-sized kind of Schnoodle.

This allowed the breed to find its fanciers more quickly because the dogs can fit into every lifestyle. It is safe to state, that this versatility was the breeder’s initial goal. Their physical appearance is very different also due to the fact, that most of the breed’s specimens are first-generation Schnoodles. That is the main reason why the breed is not recognized, nor registered with any of the major kennel clubs yet, however, the breeders’ ultimate goal would be to achieve a homogenous standard for the breed.

How old is my Schnoodle in human years?