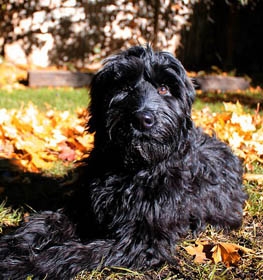 Collection of all the general dog breed info about Whoodle so you can get to know the breed more.

Photo Gallery of the Whoodle Breed 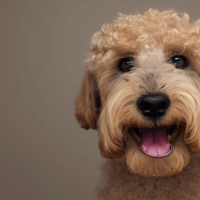 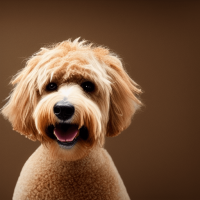 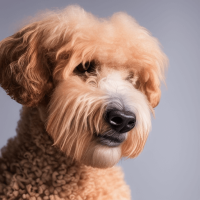 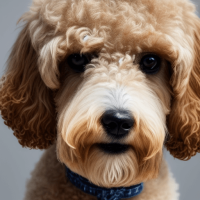 Whoodle As a Working Dog

The Whoodle is a relatively new designer dog breed, that was created at the end of the 20th century when creating new hybrid breeds became very fashionable. Resembling other designer breeds, that were developed during the same era, the Whoodle’s history is not well documented either. Although, it is likely that the breed was developed in North America and in Australia, just like most other hybrid breeds.

It is considered to be a fact that the Whoodle came to being after cross-breeding the Standard Poodle with the Soft-Coated Wheaten Terrier. The main reason behind the cross-breeding of these two breeds was the aim of enhancing both of the parent breed’s best qualities and while eliminating the less desirable characteristics combined in one ultimate breed. During the peak of designer breed development, the Poodle was one of the favorite breeds serving as the basis for breeders. Regarding the two breeds’ histories, the Poodle is a very old one, it originates from the 1700s, from France. The Poodle’s popularity was always steadily increasing; thus, the breed was well-esteemed and loved all around the whole world. Resembling the Poodle, the Soft-Coated Wheaten Terrier is also an old herding breed, which finds its origins in England, dating back to the late 1700s. The breed got especially popular in Ireland, where their natural resilience allowed the dogs to successfully survive the potato famine.

Regarding the fact that the Poodle comes in three different variations, the Standard, the Miniature, and the Toy, the Whoodle also can have three different sizes, the standard, the medium, and the miniature. The majority of Whoodles are offspring of two purebred parents, thus most of the Whoodles on the market are called first-generation hybrids. Moreover, puppies appearing in the same litter can resemble more to one parent or the other, and do not look alike at each other at all. Meanwhile, others could be the perfect mix of the two parents, inheriting the best traits from them. Until breeders do not manage to have multiple generations, they cannot be able to predict what characteristics will the puppies have. Due to these various possibilities in size and personality, and due to the fact that the dogs are first-generation ones, none of the major kennel clubs gave recognition to the dogs. However, breeders are working constantly to homogenize and standardize the breed in order to receive a registration later on. Whoodles also have a couple of different names like the Sweatendoodle, the Wheatendoodle, the Sweatenpoo, and the Wheatenpoo.

Nowadays, new designer breeds are very fashionable, so is the Whoodle. There are many fanciers of the breed, due to their physical qualities and behavioral characteristics. The breed is mostly kept and enjoyed and as a playful, active, and friendly family companion. Even though there is no breed standard yet, after multigenerational crossings eventually, the breed might gain some recognition if breeders make enough efforts.

How old is my Whoodle in human years?

Sharing is caring.
Help our free service by spreading information about dog breeds.
Link to this: Whoodle Breed Information
<a href="https://dogell.com/en/dog-breed/whoodle">Whoodle Breed Information</a>
Despite the best intentions, there may be errors. If you find one, please let us know and we will fix it as soon as possible. Contact us here.