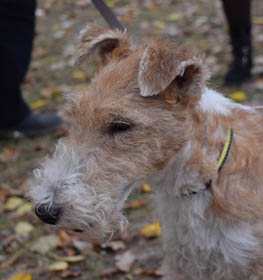 Collection of all the general dog breed info about Wire Fox Terrier so you can get to know the breed more. 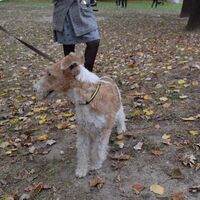 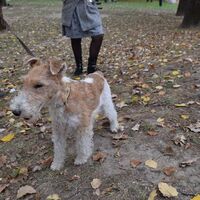 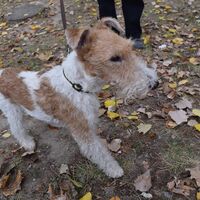 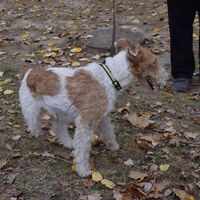 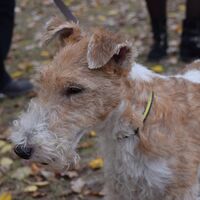 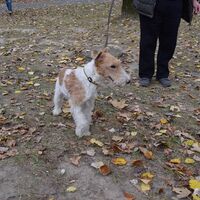 The Fox Terrier can trace its history back to the late 1700s, during the heyday of British foxhunting. The breed was developed in order to bolt the foxes out of their lair, enabling other hound breeds and horsemen to join the pursuit over open country. Breeders started to work on the Terrier breed's appearance and dark-colored coats, with the intention of making them lighter. This was important for the hunters, for the reason that a light coated dog is easily distinguishable from its surroundings and from the game.

The Fox Terrier is thought to be developed from the cross-breeding of the now-extinct rough-coated, Black-and-Tan terriers, the Old English Terrier, Bull Terriers originating from Wales, Durham, and Derbyshire. Later, Greyhounds and Beagles were also added to the breading mix in order to enhance the Fox Terriers’ speed and physique. Initially, two different types of Fox Terriers were created, the Smooth and the Wire. It is widely accepted that the Wire Fox Terrier was developed long before the Smooth one, however, the Wire did not make an appearance in the show rings for 20 years after the Smooth was presented. At first, these two types appeared in the same litters, and breeders did not make a difference between them. However, towards the end of the 19th century, a stricter breed standard was drawn up, which separated the Smooth and the Wire variety of the Fox Terrier. By the end of the 1800s, the Wire Fox Terrier’s demand increased significantly, both as show and champion dogs. In the breed’s native land, in England, the two varieties have been recognized as separate breeds, with different registries and standards since the early 20th century. However, the AKC (American Kennel Club) recognized both the Wire and the Smooth Fox Terriers as one breed in 1885 along with 14 other breeds. Interestingly, the AKC did not make a distinction between the two varieties until 1985, when the club finally recognized them as separate breeds.

The Wire Fox Terrier was very well-esteemed and beloved by many famous people throughout history. First, the breed appeared alongside Queen Victoria, and her heir, along with King Edward VII on paintings and in real life too. King Edward was fond of the breed and had several specimens in his life, the most well-known, and his favorite was named Caesar. The Wire Fox Terrier’s popularity peaked, thanks to a major boost in the 1930s and 1940s, when a Wire named Asta co-starred with William Powell and Myrna Loy in six “Thin Man” movies. Another popular show called “The Adventures of Tintin” also featured a Wire Fox Terrier, named Milou. Since then, thanks to the breed’s striking looks, natural performing skills, and loveable features, the dogs are considered usual guests and stars in TV commercials, series, and movies.

Nowadays, the Wire Fox Terrier is fully separated from the Smooth one, and there are strict breeding protocols that eliminate the further interbreeding of these cousin breeds. Despite this, the two varieties still share many identical physical characteristics and behavioral traits. Until 2019, the Wire Fox Terrier received more Best in Show titles at the Westminster Kennel Club dog shows than any other breed in history. Thus, it is safe to say, that the breed’s popularity did not decrease yet. Nowadays, the breed is mostly kept as family companions and sporting dogs, rather than underground vermin hunters.