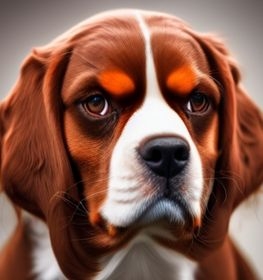 Collection of all the general dog breed info about Cavador so you can get to know the breed more.

Cavador As a Working Dog

The Cavador is a designer dog breed, which emerged approximately around the 1990s, in North America. The trend of developing new hybrid breeds, started around the middle of the 20th century, in North America and in Canada, crossing purebred dogs with each other, in order to create new designer breeds. These hybrid breeds instantly gained popularity, for the reason that they usually inherited the best and most desirable qualities and traits of each parent breed, while eliminating most of the hereditary health issues. Unfortunately, this popularity does not automatically mean that we know every detail about these breeds’ past, and about the reasons behind their initial creation.

The Cavador is the result of cross-breeding the Cavalier King Charles Spaniel, with the Labrador Retriever. Even though the first official and planned mating happened during the late 1990s, it is imaginable that Labrador Retriever and Cavalier King Charles Spaniel mixes were in existence long before that, thanks to natural mating. Initially, breeders’ objective was to eliminate the Labrador Retriever’s hereditary health problems, while focusing on both of the parent breed’s best behavioral traits and physical abilities. Nevertheless, due to the fact that most of the Cavador puppies are first-generation ones, meaning that their parents are both purebreds, they usually inherit some of the potential health risks. This poses a great uncertainty on the Cavador specimens’ life span and conditions, for the reason that these are serious health issues, such as heart diseases or hip dysplasia.

With the intention of having a better understanding of the Cavador’s past and heritage, we need to delve deep into its parent breeds’ histories. On the one hand, the Labrador Retriever finds its origins in Newfoundland, going back as far as the 18th century. Originally, the breed was called Saint John’s Water Dog, and the breeds’ purpose was to help fishermen with moving the giant and heavy nets and to control the vermin population at the bay. Later, the breed derived its name after the Labrador Sea nearby, where the breeding’s last stage took place, where the Labrador Retriever was refined. During the early 1820s, the breed was brought to England and was further developed to be exceptionally talented hunting companions at retrieving wounded or captured prey. Unfortunately, the breed got to the brink of extinction in the early 20th century. In spite of this, during the 1920s, the Labrador Retriever got to the United States of America, where it became an instant hit. Nowadays, the breed is one of the most popular breeds in the entire world, moreover, most of the major kennel clubs and organizations accepted it. This also applies to the Cavalier King Charles Spaniel, because they are also an older breed, with extensive history, and multiple recognition from the kennel clubs. On the other hand, the Cavalier King Charles Spaniel comes from a more elegant and royal background, during the 17th century, King Charles I of Britain was among its first owners, hence the name of the breed. Queen Victoria also owned a spaniel, however developed a slightly different type, which is now known as the English Toy Spaniel in America, and King Charles Spaniel in the United Kingdom.

The Cavador, being the combination of two great and popular breeds, is considered to be a relatively popular designer breed in the United States. The dogs are thought to be excellent family companions with their intelligence and even-tempered nature.

How old is my Cavador in human years?

Sharing is caring.
Help our free service by spreading information about dog breeds.
Link to this: Cavador Breed Information
<a href="https://dogell.com/en/dog-breed/cavador">Cavador Breed Information</a>
Despite the best intentions, there may be errors. If you find one, please let us know and we will fix it as soon as possible. Contact us here.