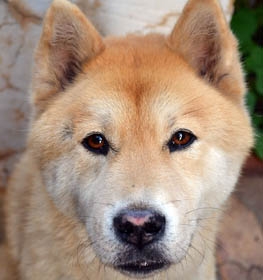 Collection of all the general dog breed info about Chusky so you can get to know the breed more.

Chusky As a Working Dog

The Chusky dog breed may have existed naturally over the years, but designer breeders likely started intentionally mixing the Chow Chows and the Siberian Huskies in the early 200s, likely in North America. While the Chusky is an aesthetically pleasing dog, designer breeders may have also mixed the two breeds due to both the Chow Chow and the Siberian Husky’s high intelligence levels. Combined with their size and loyalty, the Chusky also makes an excellent watchdog. However, to be able to understand the breed’s history, we need to look at the parent breeds’ histories.

Furthermore, as for the Siberian Husky parent, the breed was developed in Russia by an indigenous tribe known as the Chukchi. Originally, Siberian Huskies and their descendants were most likely utilized for hunting and pulling the sleds of the nomadic people with whom they shared their lives, which allowed for faster and farther travel. These canines were also developed for energy, endurance, and companionship and were an important part of the Chukchi tribe’s existence. As the tribe was isolated from the rest of the world, they were able to maintain the purity of their sled teams for many generations. Moreover, Siberians caught the attention of the public when they began winning sled races in the early 1900s, but they made headlines in 1925 when a legendary musher Leonhard Seppala led a relay of Siberian Huskies 658 miles in only 5 and a half days to rush a lifesaving serum to Nome, Alaska, where an epidemic of diphtheria had broken out. The so-called “serum run”, reported in newspapers around the world increased the popularity of the Siberians that hasn’t changed since. In 1930, the breed was also recognized by the American Kennel Club.

As for the other parent breed, experts have long speculated that the Chow Chow has been one of the oldest dog breeds, and genetic testing has confirmed this. The ancient breed is thought to have originated in Mongolia and Northern China, gradually migrating south with Mongolia’s nomadic tribes. Early representations of dogs like the Chow Chow can be seen in Han Dynasty pottery and paintings (206 BC to 22 AD). According to a legend, one Chinese emperor maintains 2500 pairs of Chows as hunting dogs. In addition to hunting, the dogs were also used to guard their masters’ belongings. On the negative side, their fur was used to trim coats, and their flesh was considered a delicacy. The black-tongue dog (hei shi-tou), wold dog (lang gou), bear dog (xiang gou), and Canton dog were all names given to the breed in China. The story of how the breed became the Chow Chow is quite interesting. Some of the bearlike dogs were included in the shipment of British merchants in the late 18th century. The term “chow chow” was applied to a variety of goods, including dogs, and the name stuck to the breed. Moreover, in 1781, naturalist Gilbert White described the Chow in his book called Natural History and Antiquities of Selbourne. His neighbors brought home a pair of Chow Chows, and he included them in his observations of country life. Fanciers say that the breed has changed little since White wrote about them more than 200 years ago. Furthermore, it wasn’t a century later that Chow Chows were imported on a regular basis. Queen Victoria, who adored dogs, was a fan of the breed, which helped it gain popularity. In 1895, a breed club was founded in England.

The first Chow Chow to make an appearance at an American dog show was named Takya, who took third place in the Miscellaneous Class at the Westminster Kennel Club show in 1903. The American Kennel Club recognized the breed in 1903, and the first Chow Chow registered with the AKC was named Yen How. During the 1920s, Chow Chows were all the rage among the wealthy and famous. They even made it to the White House, where Timmy, a red Chow, and Blackberry, a black Chow were kept by President Calvin Coolidge and his wife. Chow Chows were also a favorite of Sigmund Freud’s daughter, Anna, who maintained and bred the dogs. Sometimes Chows even appeared on Martha Stewert’s TV show. Today, the breed ranks 64th in popularity among the 155 breeds and varieties recognized by the AKC.

Overall, the two-parent breeds make a protective and loyal dog. Chusky dogs are energetic as well, which comes from the Husky side, and they are generally good with children, which comes from the Chow Chow side. The breed has a combination of the fluffy coat that both Chow Chows and Huskies have, typically with a golden or red Chow dog fur color, but longer and leaner Husky legs and a head-shape closer to a Husky’s. As the Chusky is a hybrid breed, it is not recognized by the American Kennel Club, but the breed is recognized by many other clubs, including the Dog Registry of America, and the American Canine Hybrid Club.

How old is my Chusky in human years?

Sharing is caring.
Help our free service by spreading information about dog breeds.
Link to this: Chusky Breed Information
<a href="https://dogell.com/en/dog-breed/chusky">Chusky Breed Information</a>
Despite the best intentions, there may be errors. If you find one, please let us know and we will fix it as soon as possible. Contact us here.