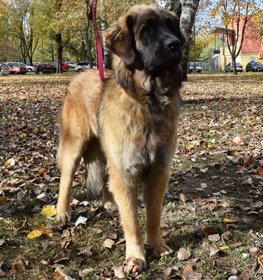 Collection of all the general dog breed info about Leonberger so you can get to know the breed more.

As we can assume from its name already, the Leonberger originally comes from Germany. However, their background is very mysterious and many stories have been told. According to the legend its appearance was meant to mimic a lion. This type of breed actually came about in the early 19th century when a German citizen, the salesman called Heinrich Essig, who had a passion for collection different kind of animals, bred a St. Bernard and a Landseer Newfoundland and kept doing it for 4 years but there are no written records about it. The very first registered Leonberger was born in 1846 but the breed was only officially recognized by FCI in 1955.

Although once the breed became popular, it was said that its popularity spread in the royal households in Germany, France, Austria-Hungary, etc. According to the American Kennel Club Essig donated the breed to royals like Napoleon II and they were believed to have owned Leonbergers as guard dogs. “At one time, Garibaldi, the Prince of Wales, King Umberto of Italy, and the Czar of Russia all owned Leonbergers.”

After the death of Essig in 1889, the first Leonberger Clubs were founded in Germany but unfortunately weren’t very successful and it was not until the year 1895 when Alber Kull founded the “Internationaler Klub für Leonbergerhunde”.

However then World War I and II came and they were used for pulling carts in both world wars which was one of the reasons that their breed became extinct after the wars. Only a very small amount of people were able to keep their dogs alive. Another important fact could add more to the picture that according to researchers they were imported to Canada in the early 1900s and were being used as water rescue dogs. After the two world wars, Hans Weigelschmidt became committed to rebuilding the breed and their first task was to recreate the German standard. But it was not just him, but also others such as Karl Stadelmann and Otto Josenhans who actually saved the breed as it is known today by all of us. After four years of dedication and hard work, they have successfully bred 350 Leonbergers and created the official Breed Registry.

Today researchers are sure that there must be many more dogs involved in Leonberger’s bloodline than the ones Essig claims. Modern genetics suggests that it would be impossible to create this breed from only three breeds.

Photo Gallery of the Leonberger Breed 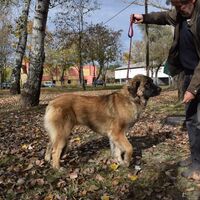 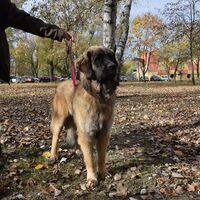