Collection of all the general dog breed info about Pumi so you can get to know the breed more.

Photo Gallery of the Pumi Breed 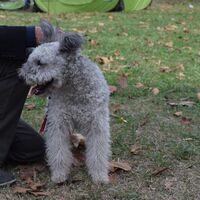 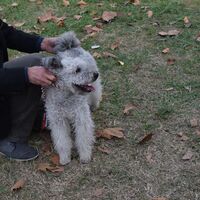 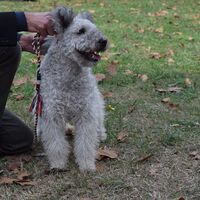 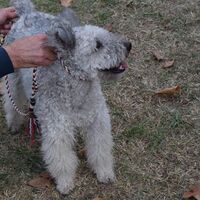 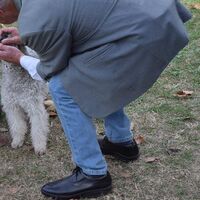 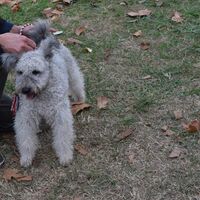 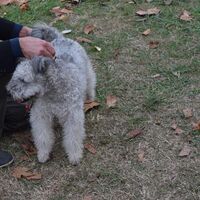 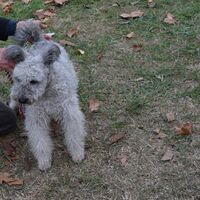 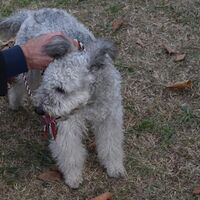 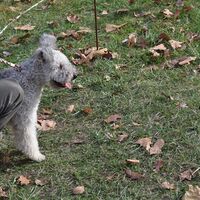 Pumi As a Working Dog

Pumi is a sheepdog from the herding breed closely related to the long-haired, but more well-known Puli, both originating from the Central-European country, Hungary. Pumis were bred to guard and to shepherd the cattle and the sheep. The development of the breed is probably can be traced back to the Tsang Apso (the Tibetan Terrier). The breed is an ancient one, regarding the fact that it was introduced during the migration of the Hungarian people from Central Asia more than 1100 years ago. The ancestral Hungarian sheepdog appears to have been brought to the west during the migration from the Ural-Altay regions around 800 AD.

Others suggest that the Pumi is a result of a later crossbreeding of French and German sheepdogs, such as the Briard, Pomeranians, the Spitz, and several other varieties of terriers during the 17th and the 18th century. The breed evolved spontaneously and was not the result of a well-planned breeding process. In the 18th century, a lot of Merino sheep were imported to Hungary, with small Pyrenean Mountain Dogs that was also a major contribution to the development of the Pumi with their signature short and curly coats.

The first drawing representing a Pumi is from 1815, from Hungary, where the dog was portrayed while working on the fields with sheep. The founder of the Hungarian Academy of Science (MTA), Count István Széchenyi was the first to initiate the breeding of pedigree dogs in Hungary. During the late 19th century, within the Austro-Hungarian empire, breeding of native Hungarian dogs was discouraged. In spite of that, in the early 20th century, more precisely in 1902, the first distinction between the Puli and the Pumi was published because Hungarians started to separate their herding dogs into various breeds. In the 1910s controlled and well-planned breeding began, yet many large herds and their dogs were lost during the First World War, and later the subsequent division of Hungary. Later the geographic separation of Hungarian breeds became clearer within borders, the Puli was common on the east Hungarian plains, the Pumi in the hills of West Hungary.

In 1921, a breed standard was created for the Pumi by Dr. Emil Raitsits, who referred to the Pumi as a “sheepdog terrier”. The breed's population rose between the two world wars, with 130 dogs registered in 1924. Also, around that time, the breed entered into both national and international dog shows as working dogs. Being a fancier of the breed, Dr. Raitsits was determined to preserve the breed’s typical terrier qualities and behaviors. In 1927 the breed Puli and Pumi were officially separated and the Pumi standard drawn by Dr. Raitsits was approved by the FCI in 1935. The FCI also gave the Pumi its official scientific name in Latin after Dr. Raitsits.

After the Second World War breeding became possible again. The Pumi was first introduced to the Scandinavian region in 1972 when the breed was exported to Finland, where even to this day the Pumi is one of the most popular herding dogs. They also conquered Sweden, the Netherlands, Italy, and in the early 1990s even the United States.

The Hungarian government named the Pumi as one of its eight indigenous dog breeds in 2016 and also created a gene bank to preserve the breed’s true and unique characteristics.

How old is my Pumi in human years?

Sharing is caring.
Help our free service by spreading information about dog breeds.
Link to this: Pumi Breed Information
<a href="https://dogell.com/en/dog-breed/pumi">Pumi Breed Information</a>
Despite the best intentions, there may be errors. If you find one, please let us know and we will fix it as soon as possible. Contact us here.