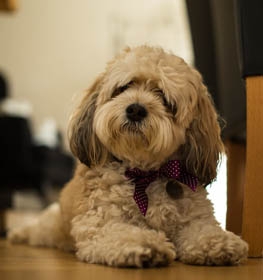 Collection of all the general dog breed info about Cavachon so you can get to know the breed more.

Photo Gallery of the Cavachon Breed 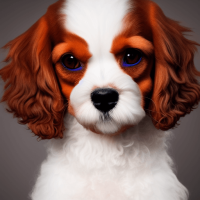 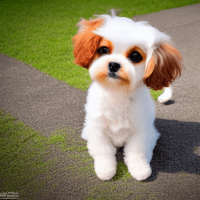 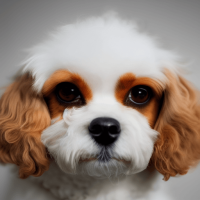 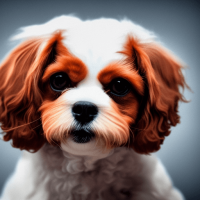 Cavachon As a Working Dog

The Cavachon is a hybrid dog, created by mixing a Bichon Frise and a Cavalier King Charles Spaniel. They are little dogs with beautiful, silky coats which have slight waves. They come in a variety of colors, including white, apricot, black, and tan, but most are white with apricot, black, or tan markings (tricolored). They are also very friendly and loving dogs and make great family pets. Moreover, whether it is clever marketing or based in fact, Gleneden Kennel in Berryville, Virginia, in the United States claims to be the first breeder of Cavachons, having established this hybrid in 1996.

However, to be able to know the true history of this breed, we need to look at the parents. As for the Bichon Frise parent’s history, for so long, the informal grouping of what can only be described as “small white dogs” has attracted the attention of royals and aristocracy, that we can’t tell for sure when it all began. Although, according to experts small lap dogs were bartered around the Mediterranean basin for millennia. Cleopatra, so the legend goes, was a “little white dog” fan. More formally, members of this canine clan are known as Barbichon-type dogs, which includes breeds such as the Bolognese, Havanese, Maltese, and the Bichon Frise. It is believed that these breeds began their modern development on Tenerife, the largest of the Canary Islands. One of these breeds became so closely associated with the island that it was known as the Bichon Tenerife. The small Bichon Tenerife dog became the primary ancestor of today’s Bichon Frise. Since the 13th century, the breed has had a close relationship with European aristocrats. They were especially well-liked by the royal courts of Spain, Italy, and France. Experts know a lot about Bichon’s career as a royal lap warmer thanks to the many appearances the breed makes in portraits by the great painting masters. For example, the breed was included in several works by artist Francisco de Goya. With the French Revolution in 1789, the Bichon’s days as the pampered pet of the aristocracy came to an end. As many of the breed’s benefactors were taken to prison, street entertainers took in the dogs and trained them to turn somersaults, walk on their hind legs, waving both paws in the air, and perform other tricks. It wasn’t long before the Bichon was earning his keep as a circus performer. Thanks to their crowd-pleasing antics Bichons survived, and it was brought to the United States in 1955 and became eligible to enter the American Kennel Club’s Miscellaneous Class in 1971.

On the other hand, the Cavalier King Charles Spaniel was bred from the Toy Spaniel, which is depicted in famous paintings of the 1600s to 1800s, showing that this sweet breed once had a place in the hearts of the royals. Treasured for their gentle nature, the Spaniel was a favorite of King Charles II, who reigned over Britain in the late 17th century. In fact, this Spaniel’s name came from the name of the king. After the king died, the Pug became the favorite companion of the nobility, but years of breeding and refining across the globe brought the Cavalier King Charles to North America in 1952, although they were not added to the roster of the American Kennel Club until 1996.

The Cavachon is an appealing combination of the two parents. Since 1996, the Cavachon has traveled the world, and is now one of the most popular dogs, either pedigree or cross-bred in the United States, United Kingdom, and throughout much of Europe. Although the Cavalier was developed to mimic hunting dogs of old, both parents are companion dogs first and foremost, and it was for this purpose that the Cavachon was conceived. As well as being a great fit for this role in terms of temperament, it also inherits a very low-shedding coat from the Bichon, making it all the more appealing as a pet. Moreover, all cross-breeding involved an amount of luck, and because most Cavachons are first-generation crosses between pedigree parents, one can never know exactly how the poppies will turn out. While their size is reasonably predictable, other traits are not, and some dogs Cavachons will resemble one or other parent more closely.

How old is my Cavachon in human years?